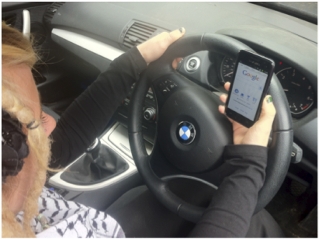 Taking place on 18 March at Mary Ward House in Bloomsbury, London, the PACTS UK Road Safety Summit will focus on the annual 250 UK road deaths caused by drink driving; the largely-unknown number of drug-driving casualties; and growing concerns over driver distractions – not least the mobile phone.

The event will include a presentation from Professor Andrew Parkes, chief scientist at TRL, who will say that: ‘Much has been said of the myth of multitasking, and there is clear evidence that the use of a mobile phone – even if hands-free – not only impairs driving ability, but also affects the quality of all but the most straightforward conversations. Any attempt to understand or convey complex messages is likely to fail, be cut short, or need repetition – all of which mean that both the driving and phoning tasks are compromised.

‘A phone conversation while driving is very different from one held with a passenger: other car occupants will empathise with the driving task and suspend the discussion as situations develop on the road ahead, such as approaching a junction.  The person on the other end of the phone cannot see these developments, leaving the driver unable to concentrate on either the road or the call.’

PACTS executive director David Davies said: ‘Next month, major new legislation to counter drug-driving will come into effect across Great Britain, supported by the first drug screener for use at the roadside by police. Drink-drive laws are also being tightened with legal loopholes being closed and the breath-test limit lowered in Scotland. Meanwhile concerns are growing over the increase in driver distractions; the Government has talked about increasing the penalty for using a hand-held mobile phone while driving – but regardless of this, there is clear evidence that use of even a hands-free device reduces the driver’s ability to concentrate on the road.’