Oxford has set out plans for a city-wide air pollution reduction target that would significantly undercut current legal targets – but would likely require the planned Zero Emission Zone and workplace parking levy to go ahead. 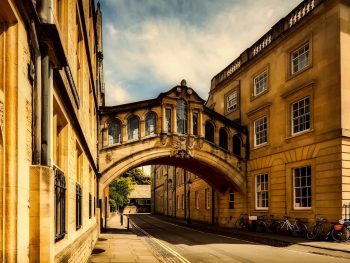 The council said that without key schemes such as the Zero Emission Zone and Connecting Oxford, it is unlikely Oxford will meet its local air pollution target

The target is being set within Oxford City Council’s own draft Air Quality Action Plan and seeks to not just comply with but to actually go further than the legal annual mean limit value for NO2 of 40µg/m3, with a new local annual mean NO2 target of 30µg/m3 across all sites by 2025.

It would not be a legal target, rather one that the city aims to achieve, as it says that research now shows that 30µg/m3 is not a safe limit.

Councillor Tom Hayes, deputy leader and cabinet member for green transport and zero carbon Oxford, said: “We need to go further and faster to clean air and stronger public health—as such Oxford City Council is setting a new Air Quality Action Plan which, for the first time, sets a target for the reduction of air pollution, indeed a significantly stricter target than the Government’s own target. We believe that it is the first time any UK local authority has set a city-wide air pollution reduction target while discharging the statutory duty to create an action plan. By setting a stricter target than the Government’s own target, we believe we are doubling down on our commitment to clean air, public health, and social justice.”

The council said the NO2 target of 30µg/m3 is both stretching, and realistically achievable by 2025 – but added that without the introduction of key schemes such as the Oxford Zero Emission Zone and Connecting Oxford – which includes plans for a workplace parking levy and new bus gates to reduce the use of vehicles in the city centre – it is unlikely that Oxford will meet this local target.

The two major schemes have been developed to tackle road traffic emissions and the dominance of cars on roads, and are both main priorities for the period 2021-25.

While the Zero Emission Zone has currently been shelved due to coronavirus, and resultant concerns of its impact on drivers and businesses already struggling under the pandemic, the plan is to implement it in summer 2021; it was originally due to be phased in from December 2020.

The Air Quality Action Plan 2021-25 also outlines a framework of activity in the city to reduce NO2 emissions, whilst also highlighting new actions to reach and go beyond the council’s new NO2 local target. This includes support for the uptake of low- and zero-emission vehicles.

It’s also looking to expand the City Council’s EV Fleet and deliver the £41m Energy Superhub Oxford already in progress, among other work.

The Air Quality Action Plan 2021-2025 is to be presented to the Council’s Scrutiny committee on 1 September, and will be discussed by the Council’s Cabinet on 9 September. The public consultation on the document will also begin in September.

The Air Quality Action Plan, and the new local target will be subject to an annual review and each year progress will be reported in the Annual Status Reports (ASRs).

Previous: Much more action needed on drink-driving as crashes rise 3%
Next: PHEVs seen by drivers as stepping stone to all-EV future