Over half of SME bosses temporarily upgrade vehicles for important event 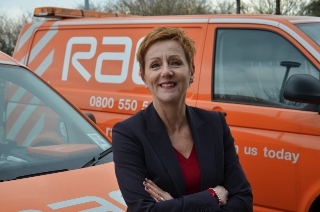 The survey, carried out among 1,000 small businesses, found that more than half of bosses (52%) have temporarily upgraded their vehicle for an important event, with men more likely than women (60% compared to 44%).

The national average that company bosses spend on short-term car hire for such occasions is £102 per hire. Long-term leasing was considered less viable with just one in four (24%) businesses considering leasing a vehicle for use long term.

Regionally, Londoners came out as the most car conscious, with two-thirds (67%) of company bosses admitting they would be willing to hire a car for a big meeting. At the other end of the scale, 67% of bosses in the south west opt for their usual wheels for important meetings. Younger managers aged 25-34 years old were more likely to spend out (58%), compared with drivers aged 55 years and above (28%).

The research follows the launch earlier this summer of the RAC's new vehicle leasing service, which is aimed at SMEs and run in partnership with Lex Autolease.

Jenny Powley, sales director corporate business, RAC Business, said: “Businesses that run vehicles they feel are not up to the job, should consider a long-term leasing option as it will make sense financially over time, as opposed to one-off hire costs on an ad-hoc basis.

“Leasing a car makes good sense for lots of businesses across the country, particularly for those that are on the road a lot and need a vehicle that is reliable and smart.

“The last thing company bosses want to think about when they are trying to make a good impression is unexpected servicing or breakdown costs, which short and long-term hire prevents against.”