Over half of drivers supportive of diesel bans in polluted areas

An increasing number of motorists are concerned about emissions, with the majority supportive of bolder action, including bans on diesel cars. 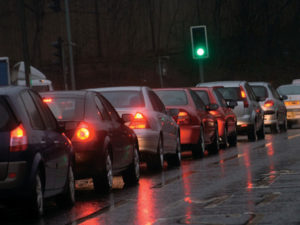 The RAC says motorists can aid with air quality problems by avoiding known problem areas, switching their engines off when stationary or considering alternative means of transport

Published after ministers have been tasked with finding new proposals for tackling air quality after last month’s High Court ruling that current plans were inadequate, new data from the RAC Report on Motoring 2016 indicates that a clear majority (66%) of motorists surveyed this year said they want stronger action to be taken to reduce vehicle pollution in areas where air quality is poorest. Less than one in 10 drivers (9%) did not think more action was needed.

Motorists are supportive of both charges for the dirtiest vehicles entering polluted areas (55% agree, against 20% who disagree) and outright bans on vehicles entering the most polluted areas (55% agree, against 18% who disagree). And it is motorists who live in towns and cities – who are most likely to be impacted by any future charges or bans – who are most in favour of such action (with 57% of this group supportive of charges, 60% supportive of bans).

And over half of all drivers (57%) also said they were keen on charges being levied on diesel vehicles that do not comply with the latest Euro 6 emission standards when entering city and town centres where air quality is poor and. A total of 42% also said they supported charges for all diesel vehicles entering areas with the poorest air quality, though 30% oppose this.

RAC chief engineer David Bizley said: “There has never been a better time for the Government to set out its long-term approach to incentivise the transition to lower emission, cleaner vehicles. The establishment of Clean Air Zones, which rightly focus on some of the most polluting types of vehicles including buses, taxis and HGVs, can play a part in tackling poor air quality locally but on its own it is not enough.

“Local authorities can potentially do more to help too – for instance by notifying motorists and residents when air quality is particularly bad so as to encourage them to seek alternative travel options. Local authorities should also investigate the extent to which idling engines and poor traffic flow are contributing to poor local air quality, and where appropriate tackle the associated congestion problems.

“It is important that local authorities which decide to implement Clean Air Zones allow local residents and businesses sufficient time to switch from polluting vehicles to something cleaner.”

Bizley added: “In light of the High Court ruling, ministers may be tempted to set up a diesel scrappage scheme, but research suggests that not only would this be very costly, but there are doubts as to whether it will make much difference. An enhanced plug-in grant scheme could be an alternative for ministers to consider.”