Over half of Brits uncomfortable using roads alongside autonomous vehicles 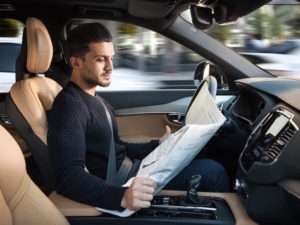 According to the Europe-wide analysis by Goodyear and the London School of Economics, 55% of respondents would feel uncomfortable driving on roads alongside autonomous vehicles – above the average figure of 39% in 10 other European countries.

The research also found that UK respondents were more uncomfortable with the idea of using (55% vs. 43% average), or driving alongside (55% vs. 39% average), a driverless car than the 10 other European countries included.

Participants also expressed increased concern over possible malfunctions, standing at 83% of the approximately 1,500 UK survey respondents compared to 71% in the ten other countries.

“Although many drivers are making increasing use of discrete automated systems within the car, such as cruise control or parking assist, nevertheless a gut feeling persists that there needs to be a human driver in control of the vehicle,” said Dr Chris Tennant, who investigated the findings with the Department of Psychological and Behavioural Science at LSE.

In total, 64% of UK respondents agreed that as a point of principle, humans should be in control of their vehicles. In addition, 78% said a driverless car should have a steering wheel to allow the driver to override the system and take control of the vehicle.

However drivers are more positive on the issue of safety, with 41% of respondents agreeing that, “Most accidents are caused by human error, so autonomous vehicles would be safer”.

Dr Tennant concluded: “Despite the high profile for driverless technology in the media today, it’s clear that many people still have fundamental misgivings about the technology. Our research identifies a number of deep-seated reservations – from the willingness to give up control, to the reliability of the technology and the vehicle’s ability to integrate into the social space that is the road.”