Over 70% of motorists want vaping banned in cars

More than two-thirds (73%) of motorists would like vaping banned in cars, a new survey by Motorpoint has found. 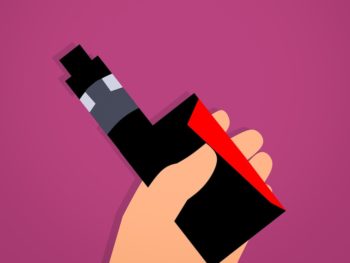 73% of motorists think vaping should be banned in cars, the research by Motorpoint has found

Carried out among 350 people on the used car retailer’s website, the survey adds to growing calls for driver distractions to be addressed. This includes yesterday’s Transport Select Committee report on hand-held and hands-free mobiles, which talked about a hierarchy of distractions and called for a clampdown on all mobile use.

Although vaping behind the wheel is not technically illegal, motorists could face prosecution for driving without due car and attention when holding the devices, resulting in a potential fine of up to £2,500 together with penalty points and, in some cases, disqualification from driving. Smoking in cars is also legal although since October 2015 it has been made illegal to smoke in a car carrying anyone under the age of 18. And smoking in work vehicles has been illegal since 2006 under the Health Act. This banned smoking in all vehicles used primarily for business purposes by more than one person.

“While there are no laws banning vaping in this country,” explained Mark Carpenter, CEO of Motorpoint, “considering the sheer volume of traffic on our roads it is paramount that we are all in control of our cars at all times, which is why, just like mobiles, we’re seeing a growing call from all sides for all hand-held devices that could potentially be used behind the wheel to be banned from our roads.”