More than one in four of the 37 million cars and LCVs on the UK’s roads could be being driven with an illegal tyre, new research finds. 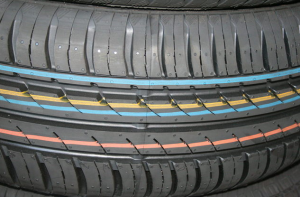 The survey, conducted by TyreSafe in partnership with Highways England on over 340,000 replaced tyres, found that more than 27% were already illegal at the point of replacement, not only putting drivers at risk of a £2,500 fine and three penalty points plus an MoT failure but increasing their risk of being in an accident.

Stuart Jackson, Chairman, TyreSafe, said: “Figures from the Department for Transport show that dangerous tyres are the largest single contributory factor in accidents resulting in casualties of any vehicle defect – including brakes. If the number of casualties from tyre-related incidents is to be reduced on our roads, the UK’s motorists need to change their attitude to this primary safety feature and carry out regular checks to ensure their vehicle’s tyres are roadworthy.

“The concern comes not just from the number of illegal tyres at the point of replacement, but also the proportion which were below 2mm – those with just 0.4mm left (half the thickness of a bank card) before reaching the 1.6mm legal minimum. While a tyre is legal at this point, the amount of distance it can cover and remain within the law is difficult to predict and can only be verified by regular checks. TyreSafe’s own research has revealed one-in-five drivers have never checked their tyres and the majority of the remaining vehicle owners do not do so on a regular basis.

“The obvious conclusion is that while one-in-four tyres are illegal at the point of replacement, a further 43% are changed before reaching 1.6mm more by good luck than good judgement. TyreSafe urges drivers to check their tyres regularly before their luck runs out.”