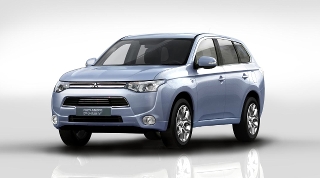 By comparison there were 9,310 pure battery-powered Nissan Leafs, a 13% increase on the 8,274 figure three months earlier.

Third in the list of licensed vehicles that qualify for the Government’s Plug-in Car and Van Grants is the BMW i3 (2,484, up 14%).

To put these numbers in perspective, in the UK there are 30.9m cars and 3.7m vans. Therefore those vehicles licensed and eligible for the plug-in car and van grants make up 0.1% of the total: roughly 1 in every 1,000.

Commenting on the figures, Steve Gooding, director of the RAC Foundation, said: “The success of the Outlander looks to be down to three things: a high-profile advertising campaign, good range, and probably most importantly competitive pricing which makes it as affordable to buy as the diesel equivalent.

“But that price is dependent on the government grant. Ultimately all ultra-green cars will have to stack up commercially when the grants are withdrawn. What ministers must ensure is that both consumers and manufacturers have a clear idea of when and how the scheme will come to an end.

“It is worth noting that the growth in the number of ultra-low carbon vehicles on the road slowed significantly in the latest quarter compared with the previous. This is probably due to seasonal variations in car buying volumes but industry and ministers will be keeping a keen eye on the trends to make sure demand isn’t stalling.”