Peugeot has opened order books for the new 2008, including the e-2008 marked out as its first-ever electric SUV. 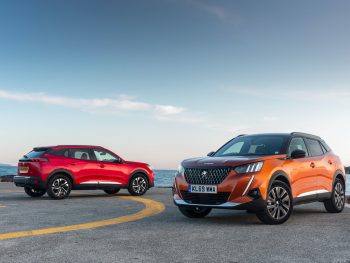 Revealed this spring and due in early 2020, the e-2008 is powered by a 136hp electric motor and 50kWh battery. It’s capable of supporting 100kW rapid charging technology, giving an 80% charge in 30 minutes, while a full charge using conventional 7.4kW and 11kW fast chargers will take between 7.5 hours and five hours.

Part of Peugeot’s commitment to having electrified variants across its entire model line-up by 2023 – including the e-208 already on sale – the e-2008 is priced from £28,150, with deliveries starting from late April 2020 while prices for the 2008 SUV, which offers four PureTech petrol engines and a BlueHDi diesel engine, start at £20,150 with deliveries commencing in February 2020.