Only 14% of motorists would buy a driverless vehicle

The majority of drivers would not consider buying a fully self-driving vehicle in the future, despite awareness of the benefits of such technology. 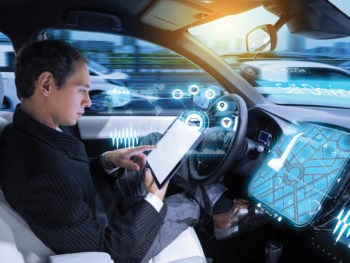 Only 8% would feel safe travelling in a self-driving vehicle

Lack of faith in the technology appears to be key reason. Overall, half of respondents say they don’t trust driverless systems, with women less likely to trust them than men (men 46% and women 55%).

And only 8% say they would feel safe travelling in a fully self-driving vehicle (men 10% and women 5%), and almost half (47%) would want to be able to take over the controls.

Yet, almost a fifth (18%) agree that driverless cars are a great invention, because they will allow more sections of society, like the elderly and those with disabilities, to be mobile and independent.

Ben Wooltorton, chief operating office, InsuretheGap.com, said: “There are many advantages to driverless vehicles not least because robots don’t get tired, lose concentration or drink alcohol, but for many the disadvantages still clearly outweigh the pros. It appears that there’s a long way to go before drivers will trust this new technology.”