One in three drivers use handheld mobile phones

Drivers’ use of handheld phones has significantly increased over the last two years as attitudes towards handheld mobile use significantly relax, new research suggests. 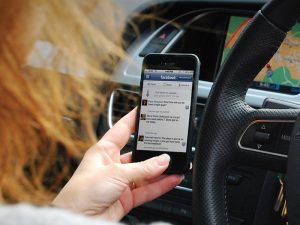 An estimated 11 million motorists admit to making or receiving a call while driving in the last 12 months, finds new RAC research

The figures from the RAC’s Report on Motoring 2016 show that 31% of respondents admit to having used a handheld mobile phone while driving – compared with just 8% in 2014.

Meanwhile one in five (20%) drivers think it is acceptable to check social media while sat in stationary traffic – up from 14% in 2014.

Similarly the proportion of drivers who admit to sending a text, email or posting on social media has risen to 19% today compared to 7% just two years ago.

In response, the RAC has raised the question of tougher penalties and enforcement, adding that budget constraints on police forces across the country have significantly impacted roads policing and reduced the ability to catch and prosecute offenders.

The organistion is also calling for a ‘cultural change’ and investment in a high profile publicity campaign to drive home the dangers of using a handheld mobile phone at the wheel.

The Transport Research Laboratory (TRL) also responded to the RAC figures, with Shaun Helman, head of transport psychology, saying: “Recent research by TRL suggests that between 10-30% of road accidents in the EU are at least partly caused by distraction, and social media is an increasing risk in this area.

“We know that as mobile technology has advanced, more attention has been paid to distraction when driving. However, we also know that attitudes and behaviours can change for the better. Drink-driving was socially acceptable in the 1960s and 1970s, but now it is seen as socially unacceptable by most people. The same could happen with distracted driving, although the development of new technologies may provide alternative solutions.

“Obviously some people, some of the time, value their social connectivity more than they value their safety and the safety of others. It is this perspective that should be targeted.”