On the road: Charging ahead 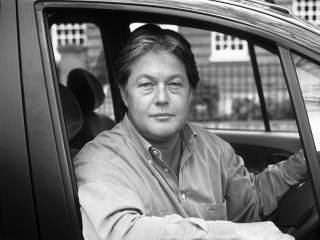 A week behind the wheel of Volkswagen’s Tetley-sponsored, all-electric e-up!; a somewhat depressing article penned by a colleague on London’s electric car recharging infrastructure, crumbling even in infancy; and a chat with one Elon Musk followed by a quick blast in his astonishingly rapid Tesla S P85D.

With a theoretical range of nearly 100 miles between charges, VW’s near-silent, surprisingly nippy e-up! is a joy to live with, and I spent a happy week pottering locally twixt office, school runs and supermarket without recourse to recharging for the duration.

There is, however, more than a trace of gristle in the battery-powered blancmange. For starters VW’s pocket EV is all but twice the price of a standard up!, and I worked out that, even discounting the cost of electricity, I’d have to own one for about three years before price hike and fuel savings even achieved parity.

Then there’s that old EV-life stalwart, “range anxiety”. I toyed with gliding smugly to London to overnight with chums. Thing is, even if the up! had made it one way under my more than somewhat leaden foot, recharging posed a thorny problem.

We live in an increasingly urbanised environment, and our houses do not – contrary to the evident belief of EV manufacturers – tend to come with an attendant swathe of agreeably crunchy gravel. So, given that the prospect of finding a recharging post directly in front of your chosen terraced house falls into the Fat Chance category, are we really expected to run an extension lead through the letterbox and across the pavement?

And the state of London’s EV charging infrastructure merely rubs sand in the Vaseline. Even if you’re lucky enough to find one of London’s 1,415 charging posts both anywhere near your destination and actually unoccupied, there’s a 30% chance it will be out of order.

Whilst Transport for London must be applauded for its efforts to break the if-you-build-it-they-will-come stalemate that has long plagued the advance of the EV cause, the resultant network is – with 66 “scheme partners” and six different charger designs – hilariously complex. Source London, set up by TfL to manage it and recently sold to (you guessed it) a French company, certainly seems to find it nigh-on unmanageable.

All of which brings me to PayPal co-founder and Tesla Motors, Solar City and SpaceX CEO, Elon Musk, and his astonishing Tesla S P85D.

Never mind the all-electric, all-wheel drive P85D’s ability to fling itself to 62mph in just 3.4 seconds with a departure as silent and instantaneous as a model glider escaping a giant rubber band, making it the fastest accelerating four-door production car in the world.

What’s truly astonishing is that, seven years after the company launched the Roadster, Tesla-badged vehicles remain the only EVs out there with a range of over 250 miles. The P85D, for instance, will travel at 65mph for 285 miles between charges.

Indeed, so disenchanted by this lack of progress is the man determined to see every car manufacturer go fully-electric as soon as possible that, in a move of extraordinary altruism, Musk earlier this year open-sourced all the company patents, making Tesla technology freely-accessible with the simple shuffle of a mouse.

Moreover, dismissing the bickering and inefficiency inherent in multiple partnerships, Musk has simply created Tesla’s own global Supercharging network. Half-charging a car in the time it takes to savour a cup of coffee, there are currently 237 Superchargers worldwide, with 83 in Europe, making it both the largest and fastest-growing fast-charging network in the world. By the end of next year you’ll be able to drive anywhere in Western Europe on the Supercharger network. And recharge, of course, for free.

The extraordinary Elon Musk may want to end his days on Mars, but, in the meantime, tiny Tesla is doing rather more than any other car manufacturer on the planet to ensure we don’t end ours on a horse and cart.