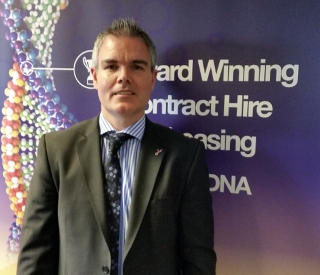 The rise comes a year after Ogilvie Fleet appointed Paul Griffiths as head of sales in Northern Ireland with the brief to further expand sales to corporate fleets.

Furthermore, the business has recently launched its own car salary sacrifice scheme in Northern Ireland, which has already been taken up by some customers.

Griffiths, who leads a four-strong sales team in Northern Ireland with a fifth person currently being recruited to meet business demand, said: “We continue to be very successful at growing our presence in the corporate fleet sector in Northern Ireland. The recent addition of salary sacrifice to our product portfolio is exciting because it is a new development in the province and is already gaining momentum with customers.”

Ogilvie Fleet’s growth has come company cars – it said Northern Ireland employers remain notably loyal to volume brands while those in the rest of Britain have been turning to premium marques – and light commercial vehicles.

Griffiths added: “Although businesses remain cautious, we are also seeing fleet growth among companies that while headquartered in the Republic of Ireland also have operations in Northern Ireland.

“We are anticipating further growth of perhaps 10-15% in 2016/17 and that target will be further supported by the recent introduction of our car salary sacrifice solution.”

Ogilvie Fleet sales and marketing director Nick Hardy commented: “Paul has been superb in driving fleet growth in Northern Ireland. We have had to learn the nuances of the local market, which is little different to the rest of the UK, but we are on track to where we want to be.

“The business community in Northern Ireland is becoming hugely receptive to our product offering supported by industry-leading customer service and IT solutions. As a result, we are optimistic that our overall fleet size in the province could almost double to approaching 3,000 units over the coming years.”