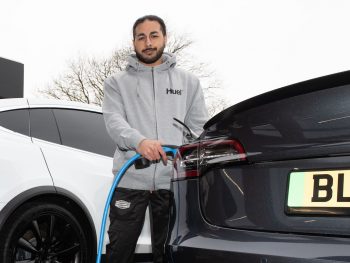 A total of 15 companies are already live on the Octopus Electric Vehicles salary sacrifice scheme, including Huel and Purplebricks

The new business will see Octopus directly fund salary sacrifice schemes, accelerating the firm’s existing work as a broker in salary sacrifice; its The Go Green Car Scheme launched a year ago to coincide with the introduction of the 0% Benefit-in-Kind rate for fully electric cars. Since then, Octopus Electric Vehicles has seen a seven-fold jump in salary sacrifice enquiries.

The launch of its inhouse leasing business – dubbed Electric Dreams – arrives just after the introduction of the new BiK rate of just 1% on fully electric cars for the 2021/22 tax year, and 2% for the subsequent three years.

Open to businesses of all sizes, the salary sacrifice scheme has been designed to be low effort and zero cost for a business to set up. Specialist advice is available from Octopus experts on employee car choices as well as charge points and EV energy tariffs, while the business can get support with scheme documents, approvals and payroll.

Over 30 electric cars are available, including models from Tesla, Polestar and Jaguar, and drivers can save an average of £14,445 on car costs over three years, with financing and insurance services provided by firms including Close Brothers and Lloyd Latchford.

A total of 15 companies are already live on the scheme, including Huel and Purplebricks.

Fiona Howarth, CEO of Octopus Electric Vehicles, said: “Businesses and employees across the UK are searching for ways to do their bit for the environment. We have seen a seven-fold jump in salary sacrifice enquiries in the last year. If businesses in the UK introduce a scheme like this, they have the power to significantly reduce transport emissions across the UK by 2030.”