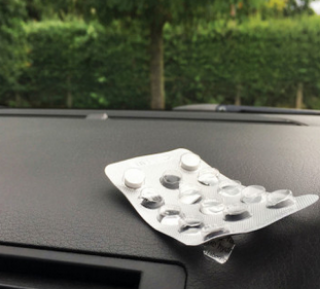 The freedom of information data obtained by Confused.com shows that 2,090 motorists were charged with drug driving in 2015, compared with just 870 in 2014.

The rise follows changes to drug-driving laws that came into effect in March 2015, which saw new road-side drug screening devices introduced, alongside new drug limits for a wider variety of drugs – both illegal and prescription.

The research also found that more than one in seven (15%) motorists admitted to drug-driving – with the majority driving under the influence of prescription medication rather than illegal drugs (12% vs. 3%)

It also revealed that a fifth (20%) of motorists are unaware that it is an offence to drive when taking certain prescription medication if it affects someone’s driving.

And as hay fever season strikes Britain, nearly two-thirds of hay fever sufferers (64%) admitted to driving after taking medication to treat the allergy, despite the potential risks of drowsiness and reduced concentration levels. Furthermore one in 15 motorists (7%) who suffer from hay fever admit that their ability to drive has been impaired whilst under the influence of medication.

Matt Lloyd, motoring expert at Confused.com, said: “Our advice is simple, before taking any medication people should always read the safety leaflet before driving. Or if unsure they should ask the pharmacist or err on the side of caution and don’t drive, as road safety for themselves and others should be a top priority for any driver.”