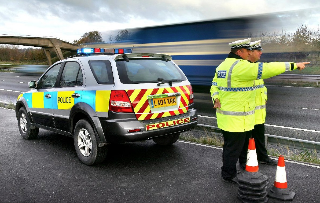 The organisation says that figures supplied in answer to a parliamentary question show there were 1,437 fewer dedicated roads policing officers outside London last year than in 2010, taking the overall tally to 3,901 officers – a 27% reduction.

The biggest reduction was seen for West Yorkshire, down by 91 officers, but explained by a switch to mixed speciality units.

Just 12 forces reported increases in dedicated roads policing officers year-on-year, totalling 162 more officers, although the RAC noted these increases do not make up for the losses within other forces, leading to the overall net reduction in numbers.

Essex claimed a near-doubling of officers (up 72 to 148 officers), while Devon and Cornwall reported 31 more officers (up from 57) and Cheshire 30 more (up from 89). The remaining nine forces gained on average three dedicated officers each.

RAC head of external affairs Pete Williams said: “We are acutely aware that the police are doing their best to manage challenging budgets and scant resource; however the sustained reduction in roads policing officers is at odds with the consistent number of serious motoring offences being committed, and the concerns already expressed by motorists around the lack of visible police presence on our roads.

“The UK has a multitude of laws governing our roads – but a reducing number of dedicated individuals out there to enforce them. Plans to increase penalties for the use of handheld mobile phones at the wheel are welcome, but risk being undermined by falling numbers of dedicated roads police officers.

“The RAC believes the motoring public deserves honesty from the Government around whether there are enough resources in place to apply the law and cut down on illegal driving behaviour, some of which undoubtedly puts innocent lives at risk.”