Number of electric vehicles on fleets soars in 2020

Electric vehicle take-up by Lex Autolease business customers has surged 144% since the start of 2020 – even prior to the Government’s 2030 announcement. 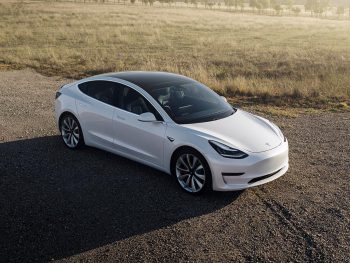 Figures from the leasing giant show the number of electric cars and vans across its fleet grew by more than 1,500 in the 10 months from January to October 2020.

Business customers have also placed orders for a further 1,171 EVs to be delivered in the next few months.

The data also shows that EV adoption is becoming more mainstream and widespread. At the start of 2020, firms in the Business Services sector accounted for almost half (47%) of the total EV fleet, but this has now decreased to 27% by the end of October as retail, construction and advertising / media / publishing firms have ramped up their transition to EVs.

These sectors are now at the forefront of EV adoption with the biggest percentage increase in EV orders since January 2020.

Richard Jones, managing director of Lex Autolease, said the figures suggest there’s been a ‘sea-change’ for firms during 2020, despite the difficulties of the pandemic.

“While firms continue to navigate uncertainty, it’s comforting to see that EV orders remain in rude health and that this trend is only set to continue. There’s been much made of ‘a green recovery’ as the country deals with the ongoing impacts of the pandemic. It seems, at least from a fleet perspective, that many firms are seizing the opportunity to reduce their emissions and drive down their motoring costs.”

But he added that work needs to be done to keep up the momentum of 2020.

“The leasing market has a critical role to play in supporting the UK’s net zero ambitions, but sustained fiscal support to incentivise EV uptake and significant investment in the UK’s charging infrastructure are also sorely needed. There also needs to be continued progress towards electricity generation being dominated by renewables. Only then will the Government’s ambitious Road to Zero strategy be a realistic prospect.”