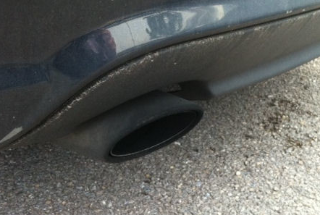 In response, Ms Cooper highlighted the serious concerns about the impact of diesel vehicles on public health and criticised previous Mayor Boris Johnson for his “lax” approach to tackling air pollution in the capital and said it was “beyond belief” that he hadn’t done more to take diesel cars off London’s roads.

She echoed calls from new Mayor Sadiq Khan for a diesel scrappage scheme to help Londoners wanting to move to lower emission vehicles.

Ms Cooper added: “The dangers of diesel have long been discussed, but the World Health Organisation’s decision to classify it as a carcinogen should have marked a turning point.

“It’s beyond belief that the last Mayor, presented with this evidence, didn’t act more vigorously to reduce the number of diesel cars on our roads. His ultra-low emissions zone was too small in scale and ambition, betraying his lax approach to tackling air pollution in the capital.

“Government can no longer turn a blind eye to the serious consequences of diesel emissions. This worrying rise in diesel engines shows that they are running out of opportunities to bat away calls for a scrappage scheme.”