No VED rise for vehicles affected by NOx scandal 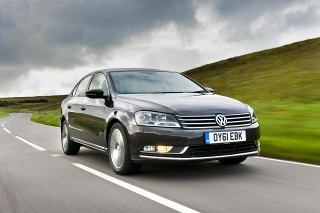 Working with the Vehicle Certification Agency and Driver and Vehicle Standards Agency, the Department for Transport will soon begin laboratory and real-world emissions tests on Volkswagen Group models already confirmed to contain the software.

It added that there was no evidence that a ‘defeat device’ had been used elsewhere, but ongoing testing will now include other manufacturers, aimed at finding out whether the issue is more widespread. These will use vehicles and equipment sourced from outside the automotive industry, with data expected to be shared with other EU countries.

Transport Secretary Patrick McLoughlin said: “Our priority is to protect the public and give them full confidence in diesel tests. The government expects Volkswagen to support owners of these vehicles already purchased in the UK and we are playing our part by ensuring no one will end up with higher tax costs as a result of this scandal.

“I have been pressing for action at an EU-level to improve emissions tests and will continue to do so. I have also called for a Europe-wide investigation into the use of ‘defeat devices’, in parallel to the work we are doing in the UK.”

Volkswagen is preparing a solution for vehicles equipped with the 'defeat device' which enables full emissions control only when it detects that it is being tested in a laboratory. On the road, these were found to emit between 10 and 40 times more NOx than U.S. limits – which are stricter than the latest Euro 6 requirements – allow.

It has been confirmed that 1.2 million UK vehicles feature the software and will be recalled. As yet it's unclear whether this does anything during the European drive cycle, or whether the recall will make any difference to fuel consumption or performance in order to comply with the limits, but the DfT's notice shows that any increase in CO2 won't be penalised by extra tax liability.

The affected 2.0-litre TDI engines have been steadily superseded by a new version since the latest Golf was released in 2012.