Fleet take-up of diesel cars will continue to decline despite technology advances that are making them more environmentally friendly. 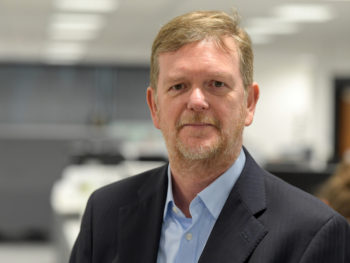 Although research from Arval of 3,930 fleets saw nearly half (44%) of respondents say they would continue to buy diesel cars while 5% said they would increase their share, 29% indicated they would continue to reduce the number of diesels they operated and 7% said they would persist with their current policy of not buying diesels. That’s despite the growing availability of RDE2 diesels, some of them are comparable with petrol on NOx emissions while also offering better CO2 output and fuel economy.

The research also looked at how diesel vehicles would be replaced in this scenario. Interestingly, just 4% of respondents said they would opt for petrol cars while 22% planned to swap their diesels for alternative fuels.

Shaun Sadlier, head of Arval Mobility Observatory in the UK, said: “It appears that diesel has become so inherently unpopular as the result of recent emissions controversies that there will be no large-scale resurgence in its popularity, despite this development.”

However, he added that it was important to note that around half of fleets are planning to continue to operate diesel cars, recognising their suitability in certain situations.

Sadlier also said it was noteworthy that businesses planning to replace their diesel vehicles are more often intending to switch into alternative fuels rather than petrol – despite recent new car registration figures having showed that drivers are typically turning to petrols.

He continued: “Roughly six times as many fleets will be replacing their diesels with hybrids or EVs as with petrol, and this should give a strong push to alternative fuel adoption over the next few years. Certainly, we see many fleets swapping their diesels for hybrids.

“Our position is very much that the fleet of the future will use a diverse range of fuels, with the emphasis being placed on matching the needs of the driver to the right vehicle, and we are doing a lot of work in helping fleets start to make these decisions.”