The Society of Motor Manufacturers and Traders (SMMT) has urged MPs to consider the impact of a no-deal Brexit on the UK car industry as it warns of the chaos that such a scenario could bring. 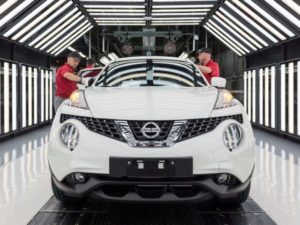 Commenting as MPs prepare to deliver their verdict this evening on the withdrawal agreement agreed by the Prime Minister in Brussels, Mike Hawes, SMMT chief executive, said: “As MPs prepare to vote on the Government’s Brexit deal, we urge them to remember they hold the future of the British automotive industry – and the hundreds and thousands of jobs it supports – in their hands. Brexit is already causing us damage – in output, costs and jobs, but this does not compare with the catastrophic consequences of being cut adrift from our biggest trading partner overnight.

“The Just-in-Time nature of automotive means the impact of ‘no deal’ will be felt, not in months or weeks, but hours. A managed ‘no deal’ is a fantasy – we would face immediate delivery shortages, disruption, additional costs and uncertainty. Both government and parliament have a responsibility to take ‘no deal’ off the table or risk destroying this vital UK industry.”

Research by the SMMT has indicated the catastrophic effects of such a no-deal scenario, with three-quarters of carmakers in the UK saying in latest analysis that a ‘no-deal’ Brexit would hit their business, impacting on profitability and future investment. The SMMT’s work has also indicated that import tariffs alone could push up the list price of cars imported to the UK from the continent by an average of £1,500 if brands and their retail networks were unable to absorb these additional costs.

And latest research by LMC has found that a no-deal Brexit could cost the UK automobile market some £9bn in annual revenue while making it hard for carmakers to justify having UK plants.

New research published today in the Allianz Risk Barometer 2019 also finds that Brexit and Cyber threats are listed as the biggest risks to UK businesses in 2019. The research, carried out among 187 UK risk experts, saw changes in legislation and regulation, including concerns around Brexit and Euro-zone disintegration, placed joint first along with cyber threats, both gaining 48% of responses.

“It’s no surprise to see changes in legislation and regulation as the new top risk in the UK, jointly with cyber threats,” said Tracey Hunt, deputy CEO, Allianz Global Corporate & Specialty (AGCS), UK. “Uncertainty around Brexit along with concerns around a potential increase in the regulatory burden and global trade disputes have made confidence fragile.”