No-deal Brexit would give green light to Green Card system

Michael Brooks, legal director at debt recovery and asset finance specialist Corclaim, looks at how a return to a Green Card system could spell problems for fleets. 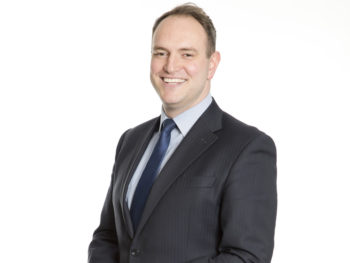 With the possibility of a no-deal Brexit becoming a reality, a return to the Green Card system is on the horizon and is an important issue for UK fleet operators who regularly have vehicles travelling outside the UK.

The Green Card is an internationally accepted document which proves that the minimum compulsory insurance cover is in place on a vehicle. It allows the free movement of vehicles across international borders.

Within the European Economic Area (EEA), of which the UK is part by virtue of its EU membership, the Motor Insurance Directive (MID) builds on the Green Card system and as a result the UK is also currently part of a ‘free circulation area’ developed by the EU. This allows for border controls on motor insurance to be abolished resulting in the free movement of vehicles within the EEA, Andorra, Serbia and Switzerland.

The Government had intended to keep the UK within the ‘free circulation area’ and adopt the same status as Andorra, Serbia and Switzerland. This decision was subject to formal approval of the European Commission which is still yet to be ratified.

If the UK leaves the EU with no deal on 29 March 2019, the UK will immediately leave the ‘free circulation area’ and fleet operators will be required to obtain a Green Card from their insurers for each individual vehicle they plan to operate within Europe. Some countries also require separate trailer insurance to that of the towing vehicle and so a separate Green Card will be required for some trailers.

The recent comments of the chief spokesman for the European Commission that no-deal Brexit will result in a hard border in Ireland means fleet operators will also have to obtain a Green Card for each vehicle they wish to operate between Northern Ireland and the Republic of Ireland from 29 March 2019.

The Association of British Insurers (ABI) had previously identified the following issues with returning to the Green Card system:

In preparation for a no-deal Brexit, the ABI has published updated guidance relating to which documents motorists will be required to physically carry, how to obtain a Green Card, how long that process might take and how much it is likely to cost. The Green Card is free but insurers may charge an administration fee.

If motorists travel without a Green Card they will be breaking the law which could result in a fine, having the vehicle seized or prosecution.

The Green Card is not the only additional document motorists are likely to have to obtain to drive in Europe in the event of a no-deal Brexit. The RAC have said that in addition to the UK driving licence, motorists may also be required to purchase an International Driving Permit (IDP).

With the prospect of returning to a system that has not been developed significantly since the 1970s, fleet operators should be including the issue of obtaining Green Cards in their no-deal Brexit preparations. The process of obtaining green Cards for each individual vehicle may take longer than some might think given that the documents still have to be physically issued on green paper and cannot be delivered electronically.