Nissan has replaced the outgoing 1.2 & 1.6-litre petrol engines with a new 1.3-litre DIG-T, which debuts on the Qashqai and promises to provide better economy and emissions. 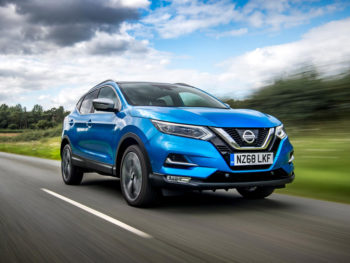 The new Euro 6d-temp compliant motor is available today in two variants, either 138 or 158bhp (140 or 160hp) with six-speed manuals, while from November a further third variant with a new seven-speed DCT on the 158bhp engine joins the line-up.

The DCT is the first of its type to appear in a volume Nissan and also offers more torque than the six-speed. Torque figures are 177lb.ft for the low output, 192lb.ft for the high output manual and 199lb.ft for the DCT. The new powertrains directly replace three older ones – the 1.2-litre manual and CVT, and the 1.6-litre manual. Compared to the outgoing 1.2-litre manual, the new 1.3-litre 138bhp has an extra 37lb.ft of torque.

Prices for the new petrol engine range from the £19,595 for a Visia with lower powered 1.3 engine, to Tekna 1.3 with high power starting at £28,595. Prices for versions fitted with the new DCT transmission will be announced in due course.

Nissan also predicts cost of ownership to reduce, thanks to lower maintenance costs over the lifetime of the engine with, for example, oil changes at 18,000-mile intervals compared to the 12,500 miles required on the outgoing engines.