Nissan cuts Leaf prices to ensure all models are grant-eligible

Nissan has lowered prices for both the 40kWh and 62kWh versions of its Leaf electric vehicle, ensuring all models are eligible for the Plug-in Car Grant (PiCG). 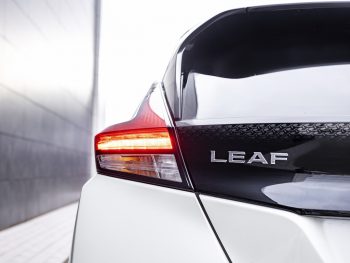 The changes, effective from the start of April, bring OTR price reductions from £650, rising up to £5,265 for the e+ Tekna with the 62kWh battery, which provides a WLTP-combined 239-mile range along with 340Nm of torque and 217hp of power.

As a result, all grades of the Leaf and both the 40kWh and 62kWh battery capacities are eligible for the revised Plug-In Car Grant, which is now only offered on electric vehicles under £35,000 and brings reduced funding of £2,500.

Prices for the Leaf, including the PiCG, now start from £25,995 – making it the most accessible C-segment hatchback EV, according to Nissan.

The carmaker is the latest to reduce prices of its EV model on the back of the PiCG changes, which have been widely criticised.

Already, BMW has slashed prices of the i3 and i3s, while Peugeot has cut e-2008 prices. Kia has launched a grant-friendly mid-spec version of its e-Niro electric crossover, priced under the £35,000 ceiling, while Vauxhall has lowered new Mokka-e and Vivaro-e Life prices. And Citroën has lowered the top-spec pricing of its ë-C4 electric hatch to ensure the full range continues to qualify for the Government’s Plug in Car Grant (PiCG).