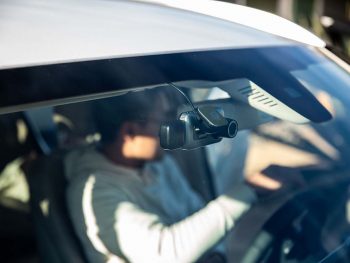 With an increase in dash cam sales of 850% in the past four years, Nextbase has announced its latest generation 622GW 4K Dash Cam, which launches for sale today.

The 622GW dash cam incorporates 4K at 30fps recording with digital image stabilisation and adaptive night vision, Alexa voice control, emergency SOS alerts, and the what3words location system. The latter feature is an enhancement of Nextbase’s Emergency SOS feature (available in models 322GW and up) which now incorporates what3words’ global positioning system to within three metres. This information can then be relayed to emergency services so they can pinpoint the driver in need – even if there’s no Wi-Fi or data reception.

NextBase claims the latest night vision technology on its 622GW dash cam makes the device usable even in dark and difficult conditions, which was not previously possible.

Add-on modules are also available that, for example, can add coverage of the inside rear of a vehicle using a secondary rear-facing camera that records at 1080p.

Footage can be downloaded from the 622GW onto a mobile phone up to six times faster than previously possible too, using a combination of 2.4GHz and 5GHz Wi-Fi frequencies.

The 622GW also features Nextbase’s “Intelligent parking mode” that automatically detects movement in the event of someone bumping the vehicle.

Richard Browning, director of Nextbase, said: “With a range of world-firsts, including cinematic Digital Image Stabilisation and 4K HD recording, we’ve raised the bar for advancements in Dash Cam technology. The addition of what3words, as well as Emergency SOS, also makes the 622GW the biggest safety upgrade for your car yet. As part of our commitment to Vision Zero, we are continuing to focus on innovating and expanding our products’ features to make the roads safer and more secure for drivers.”

The 622GW Dash Cam joins the Nextbase Series 2 range, is on sale for UK £249 RRP from Halfords and www.nextbase.com.