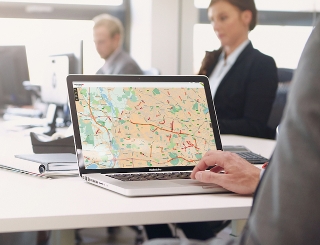 Dubbed TomTom MyDrive, the new app will also evolve to bring future useful features as the MyDrive platform is open to developers and third parties. T

At launch, TomTom MyDrive allows drivers to get going faster by sending destinations to their TomTom GO from their smartphone, tablet or PC. As soon as the driver gets in the car, they are ready to leave.

TomTom MyDrive also helps drivers to know when to leave so that they arrive on time, because they can see real-time traffic information before they go. People can review the latest traffic situation, pre-plan routes and get an ETA based on the current traffic – allowing them to plan their departure or arrival time.

And it’s easier than ever to add favourite destinations anytime, anywhere. People can set home and work locations, save favourites and see them on the map on any device, and even import custom Points of Interest lists.

Corinne Vigreux, co-founder and managing director, TomTom Consumer, said: “MyDrive launches with some innovative features – all designed to make the driving experience more seamless. From knowing when to leave so that you arrive on time, to making your map personal with your favourite places – even sending your destination to your TomTom GO before you get in the car, we’re really excited about the service. But this is just the beginning. MyDrive offers so much more – and, by opening-up the platform to developers, we’re opening-up new, and exciting, possibilities for the future.”

MyDrive is available via mydrive.tomtom.com on PCs and laptops and via apps on iOS and Android devices on the Apple App Store and Google Play.