More could be done to make sure the practical driving test is representative of modern-day driving, including incorporating motorways and more time on rural roads. So says the London Road Safety Council (LRSC) a week after the new-style driving test came into effect. 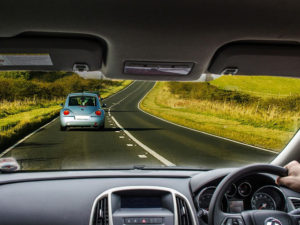 Main changes to the practical driving test – introduced by the DVSA to ensure learner drivers ‘face a more realistic assessment of their driving ability’ and help them ‘prepare them for a lifetime of safe driving’ – include increasing the independent driving part of the test from 10 to 20 minutes, asking drivers to follow directions from a sat nav, and changing reversing manoeuvres – reverse around a corner and the turn in the road will no longer be tested but drivers will be asked to do one of three possible reversing manoeuvres instead including parking in a bay. And from 2018, learners will be allowed to take motorway driving lessons with an approved instructor.

In response, Councillor Teji Barnes, the LRSC’s elected member representative for Hillingdon and chair of the Projects sub committee, said: “In my view, if the DVSA really wanted the new test to be representative of modern day driving, it should have included more driving on rural roads, and motorway driving should have been added.

“The test should be longer than 40 minutes and the turn in the road should have stayed – because, as we all know, satnavs don’t always get it right.”

In response DVSA chief driving examiner, Lesley Young said: “One of DVSA’s priorities is to help drivers through a lifetime of safe driving.

“The new test will help prepare them for driving on modern roads and support a reduction in the number of young people killed or seriously injured. Changing the format of the test allows us to test learners on high speed roads and rural roads, rather than quieter side streets, which the driving test has traditionally used.

“Driving instructors are still expected to teach learner drivers how to carry out a turn in the road manoeuvre, as it still part of the car driving syllabus and we will monitor the introduction of motorway lessons with interest.”