Despite the tabloid hysteria, changes to the UK’s speeding fine system only affect a small number of drivers, as Alex Grant and Natalie Middleton explain. 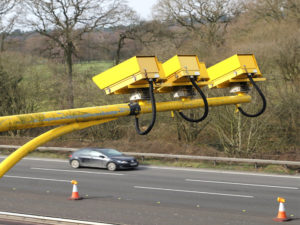 The most serious offenders can be fined up to 150% of their weekly income for speeding.

What has changed?
Effective from 24 April 2017, the penalty structure for speeding motorists in the UK has changed. Issued by the Sentencing Council, the guidelines for magistrates in England and Wales mean the most serious offenders can be fined up to 150% of their weekly income, which a spokesperson said sets higher penalties recognising “a level of danger and disregard for the law”.

How does that affect motorists?
In the vast majority of cases, it won’t. Drivers caught committing minor offences will still be issued with a fixed penalty – £100 and three points on their licence – and this is based on the discretion of the local police force. The changes only apply to cases where the driver goes to court, either because they have chosen not to accept the fixed penalty, or because it’s a more serious offence. Even then, it’s only the most extreme cases which are affected.

The new bandings are as follows:

Recognising extreme cases
Magistrates have, until now, had two bands to classify speeding drivers; Band A for minor offences, and Band B for those significantly over the limit. Respective fines were set at 50% or 100% of a driver’s gross weekly income, capped at £2,500 for motorway offences and £1,000 for all other roads. Both bands still exist, and the fine levels and caps for each have not changed.

The only change is the introduction of a third tier, Band C, for drivers at the top end of Band B. Convictions can mean a fine of 150% of a driver’s gross weekly income, six points or a disqualification of up to 56 days. The fines are capped, but drivers in Band C will need to earn a gross annual salary of £46.5k (or £145k for motorway offences) before those caps are triggered.

What are the alternatives?
They’re the same as they were before. Speed awareness courses are offered in England, Wales and Northern Ireland, but only for minor offences – usually for those in Band A. However, decisions are made individually by police forces, according to TTC, which offers the courses, and drivers can only undertake one course in a three-year period. Otherwise, they are subject to a fixed penalty.

Also noteworthy, should the offence end up in court, is that there are a number of factors that magistrates can take into account to reduce or increase the penalties, including previous convictions and good character.