New Sorento to herald Kia’s most high-tech car ever

Kia has officially revealed its new Sorento SUV, which introduces bold new styling and hybrid and plug-in hybrid powertrains as well as a raft of connectivity and driver assistance features.

Due to have been unveiled at the Geneva Motor Show, the fourth-generation of Kia’s flagship SUV goes on sale in Europe in Q3 2020 and will play a key role in global sales plans alongside its Stonic, Seltos and Sportage SUVs, as well as the Kia Telluride available in North America and various other markets.

Offered in five- and seven-seat variants, it’s underpinned by a new platform and is longer, wider and taller than its predecessor but with shorter front and rear overhangs. It brings one of the largest luggage capacities in its class – up to 821 litres (for seven-seat models) or 910 litres (for five-seat models). In seven-seat models, with all seven seats in place, boot space is up by 32% compared to its predecessor, to 187 litres for diesel models or 179 for hybrid models. The new platform also brings extra legroom for first- and second-row occupants, as well as more headroom for third-row passengers, while the second-row seats now slide up to 45mm further, aiding entry to the third row.

Still recognisable as a Sorento, it’s based on the concept of ‘refined boldness’ and features a new interpretation of Kia’s hallmark ‘tiger nose’ grille, backed by a posher cabin that brings premium-quality materials and enhanced infotainment. Onboard equipment includes twin digital displays in the dashboard, providing access to Kia’s UVO Connect telematics system, which displays live traffic information, weather forecasts, points of interest, and details of potential on- and off-street parking. UVO Connect also enables drivers to send route directions to their car before a journey, and check the location of their vehicle at any time. Technology options also include a Mood Lighting system, wireless smartphone charger and BOSE surround-sound system.

Drivetrains include a hybrid variant – a first for a Sorento – that, in certain European markets, will be part of the launch line-up. It teams up a 1.6-litre T-GDi turbo petrol with a 1.49kWh lithium-ion polymer battery pack, located under the floor to avoid impacting space, and 60hp electric motor, giving a total 230hp. It’s married up to a six-speed automatic transmission.

The Sorento will also be available as a Plug-in Hybrid variant from late in 2020.

Fuel efficiency and emissions data for the Sorento’s new powertrains will be announced closer to the car’s European on-sale date later in 2020.

The Sorento also features a Rear View Monitor with Reverse Parking Collision-Avoidance Assist and Rear Cross-Traffic Collision-Avoidance Assist. In addition, it is also the first Kia available in Europe with the company’s new Remote Smart Parking Assist, which enables drivers to move their car autonomously out of a front-and-back parking space remotely with their key fob.

UK and European specification will be announced in due course. 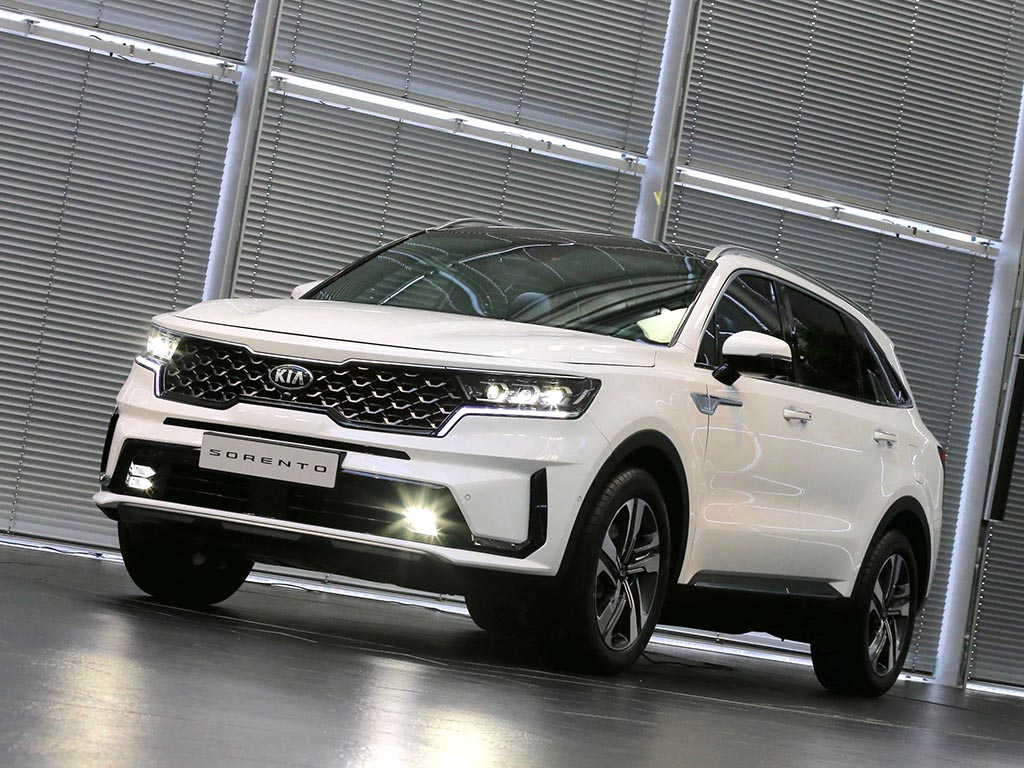 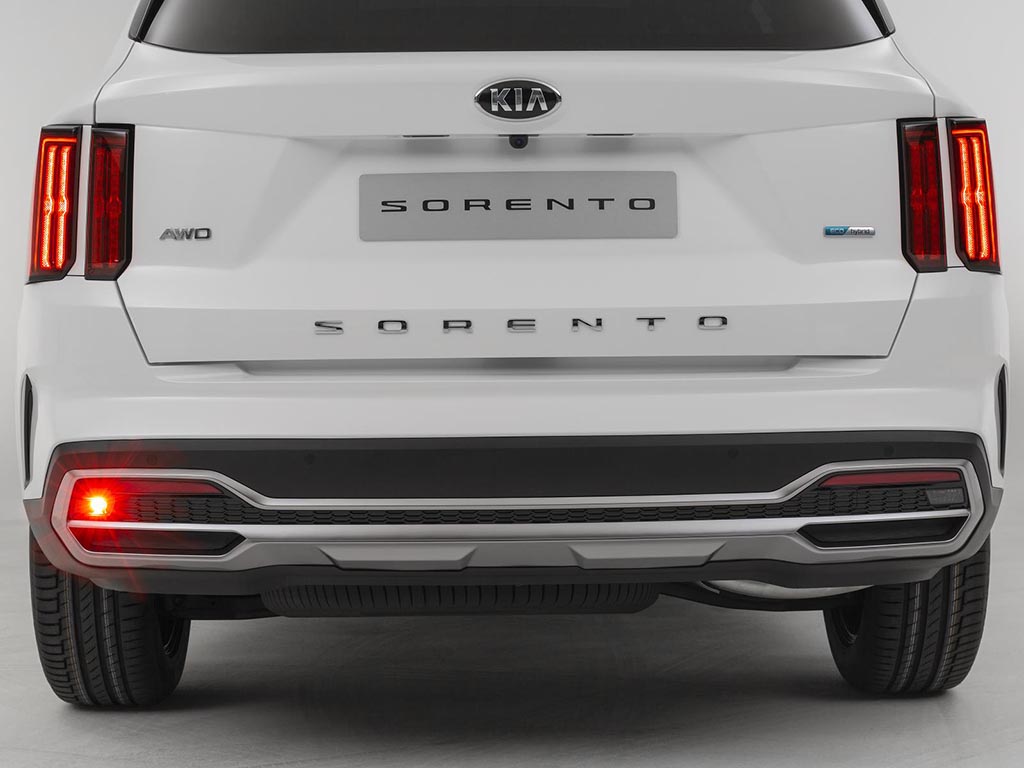 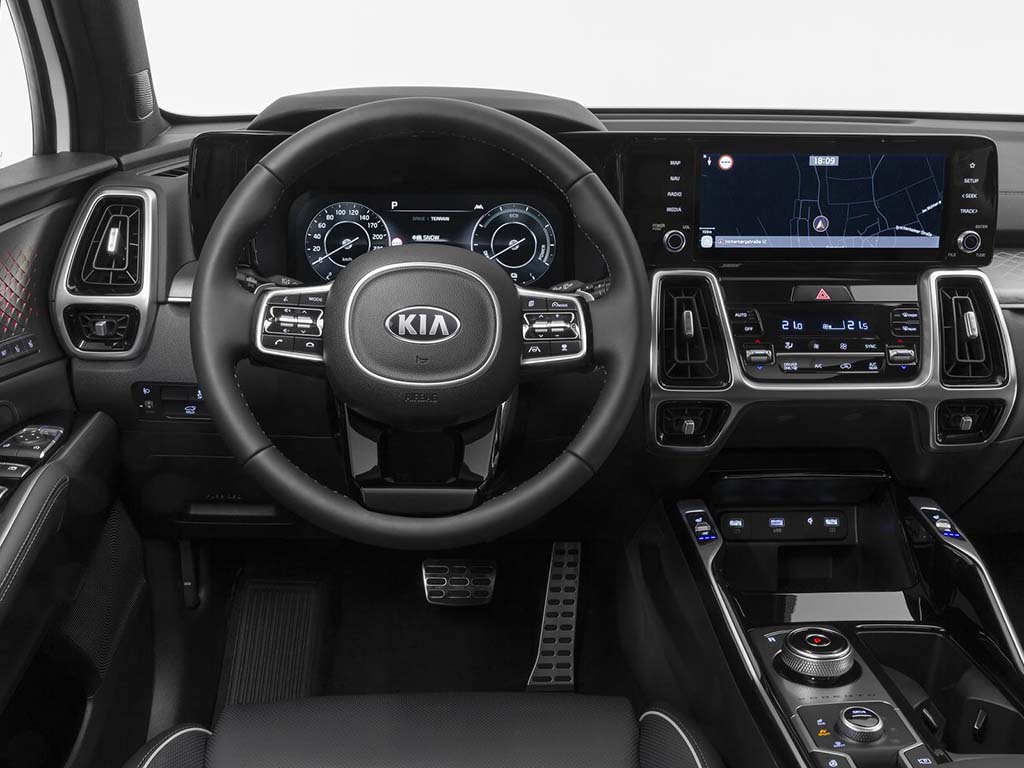 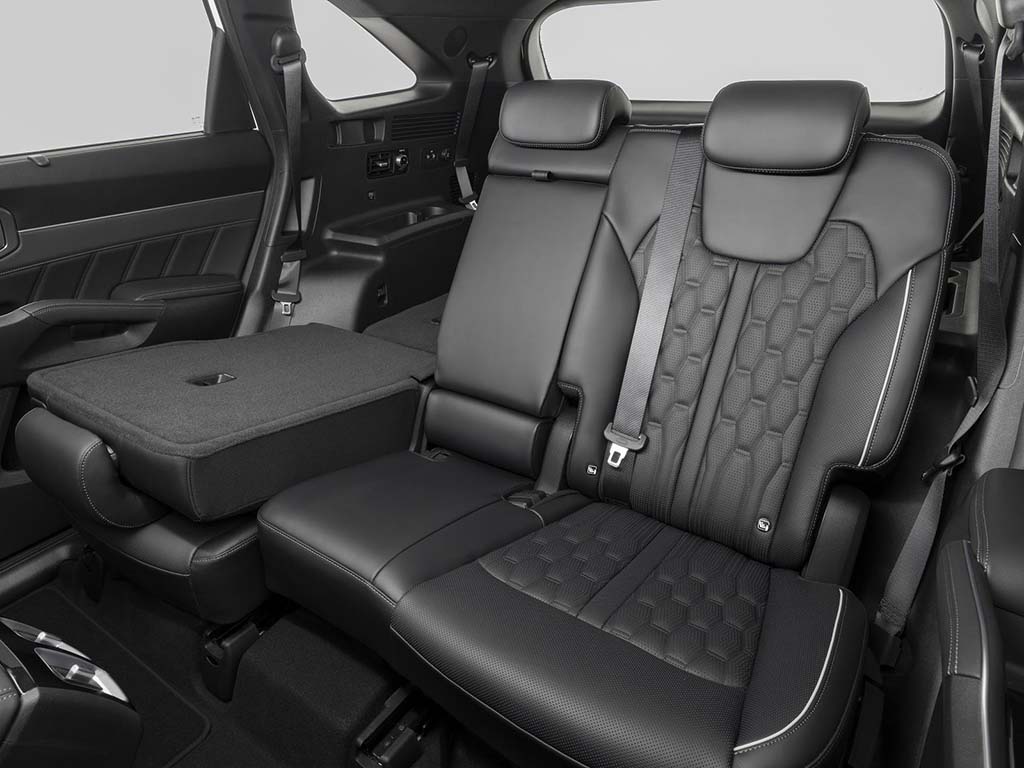 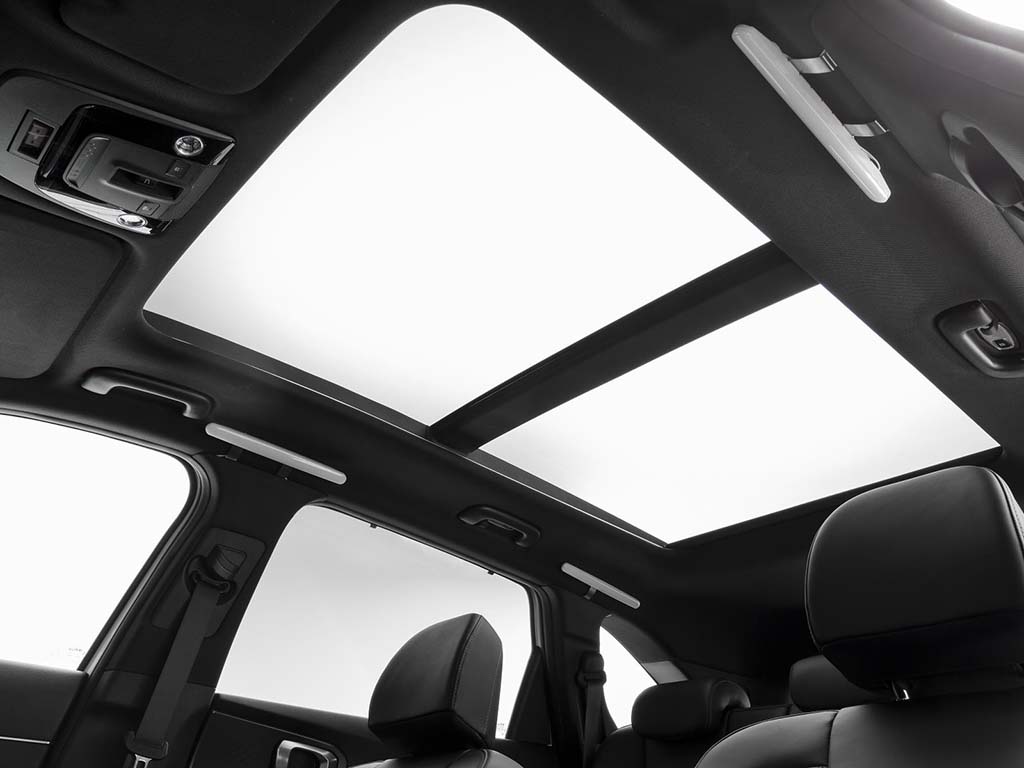