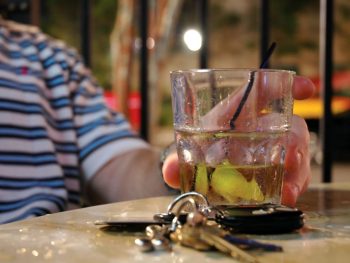 It’s estimated that at least 273,000 people die in alcohol-related crashes each year worldwide

Worldwide, it is estimated that at least 273,000 people die in alcohol-related crashes each year; the true figure may be even higher due to under-reporting. Meanwhile, 30,000 people are prosecuted each year for drug-driving in Britain – or more than 80 a day.

And according to Ean Lewin, managing director at D-Tec, which provides in-house drug and alcohol screening solutions, its recent national Police conference DRUG20 saw one force point out that 50% of the drivers they found positive to drugs were driving for work in some capacity.

To help target this, the new Global Fleet Champions resources include a short animated film called Fit to drive: Drug and alcohol testing for a safer fleet, and four posters aimed at different professional drivers.

Ean Lewin of D.Tec International, said: “Managers of fleets have to realise that they are proportionately liable in the eyes of the law and the only way to reduce this is to educate their employees on the dangers of driving whilst under the influence of drink or drugs. D.Tec work with employers to weed out the not so innocent minority, by screening for drug or alcohol misuse. Fleet managers need to take responsibility and do all they can to ensure their employees are fit to drive.”