The DVLA has been accused of major failings in assessing people’s fitness to drive, resulting in vulnerable drivers being left in limbo for years. 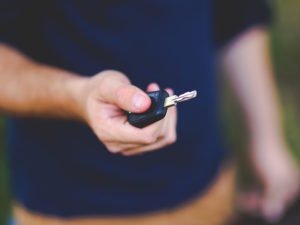 A new report by the Parliamentary and Health Service Ombudsman (PHSO) highlights eight complaints investigated by the Ombudsman service where it says people with complex medical conditions and disabilities were unfairly left without driving licences, sometimes for several years, as a result of “flawed decisions, severe delays, and poor communication”.

Cases reported by the PHSO include a professional lorry driver who had suffered a heart attack and had to wait 17 months to reverse a decision to remove his licence, despite being symptom free. He lost his business in the process.

In addition a piano teacher who had suffered a stroke, but recovered, was prevented from driving for years due to DVLA failures, leaving her socially isolated, distressed and unable to work according to the PHSO.

In another case, the report says the DVLA wrongly interpreted a letter from a GP which explained that because their patient suffered from chronic fatigue syndrome he struggled to keep up with paperwork and that this should be taken into account if he was late submitting paperwork. DVLA wrongly assumed this was confirmation of a medical condition affecting the man’s ability to drive and incorrectly removed his licence a few days after receiving the letter.

Following a wider review of the way in which DVLA handles medical fitness to drive cases, the PHSO found that DVLA is not currently meeting its obligations to make fair and safe licensing decisions and that:

Recommendations to the DVLA in the report include improvements in communications with people applying for a licence and with medical professionals. The PHSO also said the DVLA should establish robust standards for fitness to drive assessments and, where appropriate, offer financial compensation to people affected by failures. It added that both latter recommendations have not been accepted by the DVLA.

Commenting on the report, Oliver Morley, CEO of the DVLA, said: “We are sorry for the way we handled the customers’ cases highlighted in the report.

“These eight very complex cases, however, date back to 2009 and since then the vast majority of the four million cases we’ve handled have been dealt with swiftly and correctly.

“We have already made a number of improvements including more effective ways of managing cases, taking on more staff and introduced a new online service where drivers can tell us about their medical conditions.”

Parliamentary and Health Service Ombudsman Julie Mellor added: ”People’s lives have been put on hold for years because of severe delays and flawed decisions by the DVLA, leading people to lose their jobs, causing stress, worry and isolation.

“DVLA has accepted our findings and has taken steps to address some of the failures identified such as producing a new guide for medical professionals and improving its complaint handling and communications.

“But further action is needed to make the assessments of fitness to drive more robust, to prevent others from suffering the same injustice in the future.”