By Alex Grant / 4 years ago / Interview / No Comments

SEAT might be on the cusp of its biggest-ever product offensive, but it’s never felt more streamlined, as UK head of fleet, Peter McDonald, tells Alex Grant. 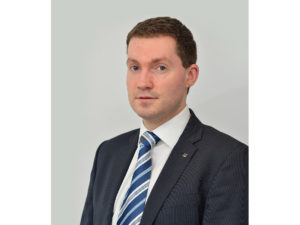 Positioned as part of a portfolio of VW Group brands, SEAT by its own admission has struggled a little to find its own identity. Once defined by low-cost superminis and brightly-coloured hot hatches, it’s suffered a little from a model range that’s lacked focus until recently.

Change is coming, and fast. The wider Leon range has paved the way for a credible – if long-awaited – entry into the lucrative ‘Qashqai sector’, and with its own sense of style, new leadership under president Luca de Meo and a busy year of new launches next year, it’s not only finding an identity, but it’s getting the right tools to target company car drivers.

For head of fleet, Peter McDonald, there are plenty of opportunities ahead: “We’ve been a bit limited in the past. Leon is a good product but we’ve been quite dependent on it and we haven’t had a larger vehicle and that’s what Ateca gives us.

“We don’t see substitution, we see opportunities to build relationships with those who may have seen us as a Leon brand. That hatch and estate segment, where Leon, Golf and Focus sits that will always be strong but we see a lot of people moving into SUVs and that really being something that will promote the brand further with fleet customers.”

That’s only the start. By the end of next year, SEAT will have replaced the Ibiza with an all-new model and launched a similarly- sized crossover to cater for one of the fastest-growing parts of the market. The Leon, which offers a huge breadth of variants in its latest generation, will also get an update in 2017.

A product line-up which means it can tap into key parts of the fleet market, without having to fill every niche.

So don’t expect a new Exeo or Altea, then? “Probably at the time we lamented the loss of Exeo in terms of breadth of range.

But now if you had the two, which would you have? You’d have the SUV family not a typical saloon or estate,” he says.

That doesn’t mean SEAT isn’t looking into larger cars, though. McDonald says extending the SUV family upwards – something it’s hinted at with the 20v20 concept car – could be a better fit. “It’s got to be the right product, but that wouldn’t be a stretch too far. It would make more sense as an SUV than an Exeo replacement. The most expensive Ateca is still cheaper than the cheapest Evoque so there’s room to move.”

The sales mix is changing too. Managing its used car inventory has meant limiting short-cycle volumes, which are down around 10% for the first half of 2016. Motability has also declined slightly, though McDonald expects it to recover and says it’s a good proposition for dealers and end-users. The growth SEAT is chasing is ‘true fleet’. Volumes increased 10% at the start of the year – pre-Ateca – and that’s momentum he’s keen to maintain.

“Our expectation is to continue to grow,” he says. “We’ve all confidence we will – we’ve been building up lots of end-user customers and relationships with leasing companies over the last couple of years and it’s been really important to us that the Ateca has a great residual value at launch. So we’ll continue to restrict levels of short cycle business.”

The challenge SEAT has faced is visibility. With that in mind, recent investments in the dealer network have focused on a local development programme to help them find and target small fleets – something that’s been a vital part of its business sales so far. The next step is a re-think of its demo programme, a process started with Ateca, with a view to making it as easy as possible for potential customers to get behind the wheel.

McDonald says it’s addressing an industry-wide issue: “We think it’s too difficult for fleet customers to book test drives. I don’t think anyone has cracked making life easy for a company car driver to experience product.

“One of the things we’re about to go live with is a four-day test drive. So the idea is to make it much easier, via our website, for a fleet customer to go in and organise a demo and not have to go through a fleet manager or wait hours or days for feedback.

Our proposition is to be able to answer those requests much quicker. Right now it’s just for Ateca, the plan for next year is to broaden that out.”

Of course, there are also benefits to being part of the wider Volkswagen Group, beyond sharing technology and platforms. SEAT has been able to do large-scale joint deals with Audi, offering the Leon as a base model on company car schemes with the option for management to take products from its sister brand.

That’s starting to give the brand its own niche.

“The sorts of fleets we win are the ones where the organization sees value in working with a brand that isn’t ostentatious. They want to work with a brand that’s non-premium and doesn’t have the negative connotations that come with that, but where the car is really good, as it’s built on the same platform as the premium brands in the group. It’s a best choice from the perspective of what do you need to suit your drivers and whoever in procurement is making the right financial decisions.”

Which sounds, finally, wholly rational. No longer defined by cost, colour and Cupra, yet more identifiable than ever, SEAT has the building blocks in place to not only find its spot in the Group portfolio, but in the fleet sector too.