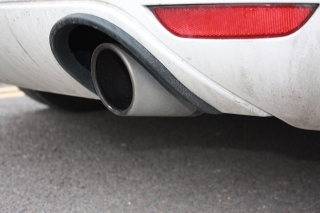 The SMMT attributed to the decline to the shift to more efficient diesel and petrol engines as well as significant growth of the alternatively fuelled vehicles (AFV). Sales of plug-in vehicles increased fourfold to 14,498 in 2014 and, for the first time, the UK surged ahead in Europe, registering more new plug-ins than any other country. By the end of the year, there were 52,000 AFVs, including hybrids, plug-ins and range extenders, on the road – a 58.1% increase on 2013.

However, the SMMT said the figures raise questions about the future shape of taxation and incentives in the UK. The organisation has also published a report by the Centre for Economics and Business Research (Cebr), which explores the challenges that must be met to sustain further long-term reductions in CO2, while also continuing to deliver sufficient revenue to government.

The SMMT said that with a strict new EU-wide CO2 target of 95g/km by 2020, much is at stake, and the Cebr report recommends a moderate and fair approach to reform to avoid undermining future uptake of the newest, cleanest cars. Demand for these vehicles must be maintained, alongside support for the development of the next generation of low carbon technology. SMMT added that it is calling on the next government to work closely with industry when it reviews the motoring taxation regimes, to ensure balance, fairness and stability in the market, and to reflect industrial strategy ambitions.

The BVRLA welcomed the report, which it said is “timely and sensible”.

“The fleet sector has led this move towards zero emissions – with the average new lease car registered in 2014 emitting just 116.8g/km CO2, which is 7% less than the average for all new registrations in the same period.

“As car CO2 emissions fall, the government needs to act to protect its tax revenues and we support the Cebr’s call for a gradual, well-signposted change to VED bandings. We also agree with its suggestion that sustaining longer-term revenues may need to rely on some form of national road pricing network. We would insist that any road pricing system must be introduced on a tax-neutral basis.

“Air quality is a major issue for many urban areas, and the Cebr is right to say that this is best addressed by local initiatives such as congestion or low emission zones.

"The van market is the fastest growing sector of UK road users and it is about time that the LCV VED regime included some kind of incentive that encourages operators to choose cleaner vehicles. As the Cebr says in its report, this needs to be given careful consideration to prevent any unintended consequences for particular sectors of the van market.

“The new government will undoubtedly want to review its motoring tax strategy and we would welcome the opportunity to discuss all these issues with the Treasury.”