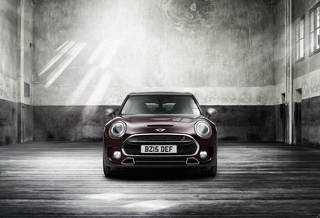 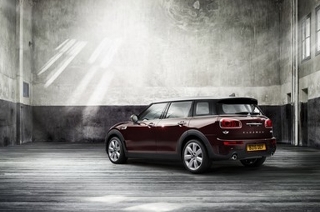 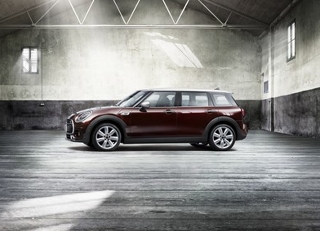 Boot volume is 360 litres, which can be extended to 1,250 litres by folding the rear seats flat. The Clubman also retains the previous split rear doors – with optional automatic operation – but now also adopts four full-sized side doors.

The new MINI Clubman is offered with the choice of two petrol engines, plus one diesel. All come with MINI TwinPower Turbo Technology and meet EU6 exhaust emission standards.

The Cooper Clubman features a 134bhp 1.5-litre three-cylinder petrol, which offers a 0-62mph time of 9.1s, top speed of 127mph plus official combined fuel consumption of 55.4mpg and CO2 emissions of 118g/km

The new MINI Cooper D Clubman features a 148bhp four-cylinder 2.0-litre diesel – installed in a MINI for the first time and offers a 0.62mph time of 8.6s, top speed of 132mph and official combined fuel consumption of 68.9mpg with 109g/km with manual gearbox.

The Cooper S Clubman brings an 189bhp four-cylinder petrol that dispatches the 0-62mph sprint in 7.2s for the manual, with a top speed of 142mph, official combined fuel consumption of 45.6mpg and CO2 of 144g/km for the manual version.

Over 50% of MINI Clubman customers are expected to choose the Chili pack which includes cloth/leather upholstery with heated sports seats, MINI's comfort access system, park distance control, automatic air conditioning, LED headlights and LED fog lights and is priced at £2,785 across all models.

The new MINI Clubman is available to order this week at MINI dealerships nationwide, with the first customer deliveries scheduled for autumn 2015.