Local authorities are being urged to take advantage of funding for charging as a new ‘league table’ reveals gaps in provision. 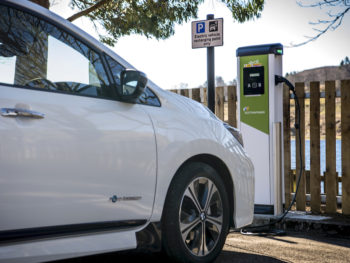 At 1 October 2019, there were 15116 public electric vehicle charging devices available in the UK. Of these, 2495 were rapid devices.

The data reveals that London currently leads the electric vehicle infrastructure revolution nationally with almost 4,000 charging stations, while Scotland has more than 1,500 charging devices, with the North West, South East and South West regions just behind. In these regions Glasgow City, Manchester and Liverpool cities, and Milton Keynes are amongst the best performing local authorities.

However, while there are now more charging locations than petrol stations, there are still over 100 local authorities with fewer than 10 public charging devices per 100,000 population. Overall, there are 15,000 charging devices across the country, equating to 22,500 places to charge.

In response, Transport Secretary Grant Shapps has said postcode should “play no part” in ease of using an electric car and has urged local authorities to take advantage of £5m funding available to help build up local charging infrastructure and increase access to charge points for drivers.

“It’s good news there are now more charging locations than petrol stations, but the clear gaps in provision are disappointing. I urge local councils to take advantage of all the government support on offer to help ensure drivers in their area don’t miss out.”

Funding for electric vehicle charge points remains available in 2019/20 through schemes including the:

Previous: Government to clamp down on rogue car parks
Next: Barron McCann returns to Peugeot for £2m fleet upgrade