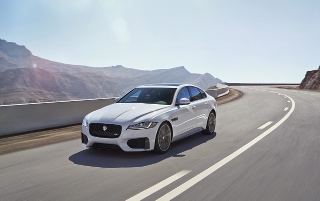 That’s the verdict of industry valuation company Kwik Car in advance of the new model arriving in UK retailers later this month.

In addition the new XF will offer more affordable insurance than any of its rivals. Insurance ratings will start from Group 25E – five groups better than the equivalent BMW 5 Series, seven better than the Audi A6 and eight better than the Mercedes E-Class.

Jaguar Land Rover UK managing director Jeremy Hicks said: “The XF has been an enormous success for Jaguar, so replacing it was always going to be a difficult task. The challenge in creating the all-new model was to ensure that it improved on the out-going car in every way, not least in terms of cost of ownership. By ensuring that the new XF offers class-leading residual values, insurance costs, economy and emission levels, we’ve done exactly that.”