Collaboration to establish 100 hydrogen refuelling stations (HRS) in the UK by 2025 would help support the roll-out of hydrogen transport and enable the UK to establish a leading position in an emerging technology. 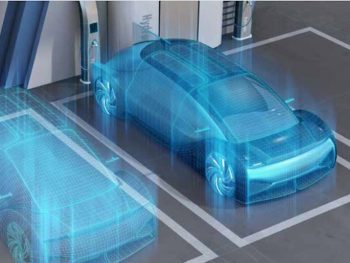 The call comes from the newly established Hydrogen Taskforce, which is urging industry and government to come together on a number of actions over the current parliament to enable hydrogen to scale and be deployed on a commercial basis moving forward.

Launched this week at the Houses of Parliament, the taskforce combines 10 organisations with a shared cross sector vision for hydrogen energy and fuel in Britain, including BP, Shell, Arup, Baxi, BOC, Cadent, DBD, ITM and Storengy as well as Arval UK/BNP Paribas.

The organisation’s inaugural 34-page report on The Role of Hydrogen in delivering Net Zero’ sets out that hydrogen is essential to the UK meeting its net zero emissions target and calls for urgent action to scale hydrogen solutions and achieve cost-effective deep decarbonisation.

This includes work on the current “fledgling” refuelling network which, the taskforce members say, could help OEMs decide where to base manufacturing in the future if it were expanded; they set out a target of 100 stations by 2025, providing a nationwide network that leverages local gas and electricity grid capabilities and would be anchored around lead users such as back-to-base fleet operators and at key network points.

In order to achieve this, the current gap in vehicle capex and opex costs will need to be addressed. The taskforce explains that this could be achieved through a per vehicle subsidy scheme which incentivises early adoption coupled with a hydrogen incentive scheme. Developed by UKH2Mobility, the proposed subsidy scheme would cost around £130m up to 2025 and would support the deployment of more than 6,000 vehicles.

The work is being supported by Arval and BNP Paribas, driven by UK head of corporate social responsibility Tracey Fuller, who says hydrogen could provide a much-needed additional fuel choice alongside battery electric vehicles, plug-in hybrids and petrol and diesel cars, helping customers to match options to needs.

Fuller said: “As part of the taskforce, working alongside a wide range of stakeholders including government, industry and experts we aim to drive investment in hydrogen as an essential, exciting and transformative option in the future energy and fuel mix. This will help to support the transition to a low-carbon economy.”

The firms’ involvement in the Taskforce builds on the long-standing work of Arval UK to promote the benefits of hydrogen vehicles via the Swindon-based Hydrogen Hub.

Fuller added: “As a leasing solutions provider, we’ve been working with corporates and not-for-profit organisations which currently have hydrogen-powered vehicles from us as part of their fleets.

“Over a year ago, we also set out to engage the next generation, creating a hydrogen fuel-cell education pack which has now reached more than 200,000 pupils since its launch a year ago.”