With the Conservatives having secured a majority in the general election, the fleet and automotive sector has urged the Government to focus on industry support, including Plug-in Grants and the new company car tax rates, while also prioritising a trade deal. 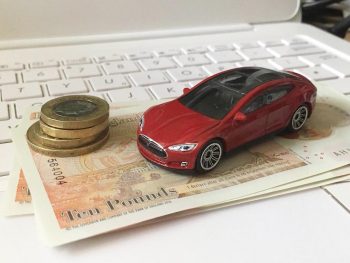 Following the Conservatives’ return to power, both ACFO and ICFM have said they expect that changes announced last summer to company car tax from 2020/21, which the election left up in the air, can now be put into law – although both are also urging for further action, along with the BVRLA.

ACFO has already said the Chancellor should announce BiK tax rates for 2023/24 and 2024/25 to enable long-term fleet manager and company car driver planning, with chairman Caroline Sandall adding that the future of motoring taxation as a whole needs to be discussed.

Speaking prior to election day, ICFM chairman Paul Hollick also said more certainty was needed: “What the newly elected Government should immediately do is to declare for 100% electric vehicles, at the very least, a five-year 0% Benefit-in-Kind tax rate and, over a similar period of time, a £0 Vehicle Excise Duty rate for cars with CO2 emissions up to and including 50g/km; and bring capital allowances for contract hire and leasing companies on plug-in vehicles into line with those for outright purchase fleets.

He added: “That would at least provide a five-year window of taxation certainty to enable fleet decision-makers and drivers to plan without fear of any policy short-termism.”

The BVRLA has joined the call for longer-term planning on company car tax as it also reiterates the need for more certainty on Plug-in Grants to support air quality targets. An announcement on their future was expected in the Spending Review but was conspicuous by its absence while hopes for clarity in the Budget have been thwarted.

The BVRLA has today written to Prime Minister Boris Johnson to congratulate him on his electoral win and to reiterate why the vehicle rental and leasing industry is crucial to delivering the UK’s zero-emission goals as it pledges to continue its work with policymakers.

Chief executive Gerry Keaney said: “We can do more to accelerate transport decarbonisation if the Government provides the right policy incentives, including maintaining the Plug-in Car Grant, long-term certainty on company car tax and support for connecting charging infrastructure to the electricity grid.”

ACFO has also said the new Government must make a commitment that the Plug-in Car and Van Grants will remain in place for years to provide confidence to fleets that they are not a ‘here today, gone tomorrow’ funding solution.

The industry associations have also called for a more joined-up approach to air quality.

ACFO’s Caroline Sandall said: “With the Conservative Party promising a Budget in February, ACFO looks forward to strong, coherent – not uncoordinated – policies that address poor air quality that impacts on everyone and a clear strategy to support the motor industry to reduce vehicle emissions and the overall environmental impact of transport.”

The BVRLA’s Gerry Keaney also urged a consistent approach, including for mobility.

“Our car club, rental and leasing members are providing flexible shared transport options for SMEs and individuals to help them make more environmentally friendly journeys. We would like to see government provide support to local authorities to create and join-up policy to develop new transport mobility solutions, including access to cleaner vehicles for low-income households.

“To help businesses further, we are asking government to support drivers who need to upgrade to cleaner vehicles to be compliant with Clean Air Zones. This includes establishing a new, ring-fenced ‘Targeted Clean Freight Scrappage Fund’ to help commercial vehicle operators upgrade their vans and trucks.”

And with the Euro 6 diesel emission standard appearing to be the accepted criteria for Clean Air Zone entry, the industry continues to speak out about Bristol City Council’s proposal to ban all diesel vehicles from April 2021, saying further harmonisation is required on standards.

ICFM’s Paul Hollick added: “A co-ordinated approach to Low Emission Zone introduction at a local level and not abdicate implementation of a national framework to councils.”
Echoing the call, Nigel Base, commercial vehicle manager at the SMMT, who has previously said the Bristol’s blanket ban will cause confusion for drivers and undermine air quality efforts, urged for “additional measures such as investment in infrastructure, traffic management, planning and development policies and use of procurement frameworks to accelerate fleet renewal”.

The requirement for a strong trade deal

Finally, on the subject of Brexit, the industry associations have welcomed an end to political paralysis but also continued to emphasise the need for a European trade deal.

Mike Hawes, CEO at the Society of Motor Manufacturers and Traders (SMMT), said: “We congratulate the Conservatives on their election success and look forward to working with the new Government at this critical time for the automotive industry and the country. The priority must now be to restore business and economic confidence and re-establish the UK’s reputation as a great place to invest. When Automotive succeeds so does Britain so we look to the new Government to maintain our global competitiveness which means delivering a deal with the EU that is ambitious, maintains free and frictionless trade, and drives growth and innovation to meet shared environmental goals.”

Caroline Sandall, ACFO chairman, added: “ACFO looks forward to a strong trade deal with the European Union being negotiated by the end of 2020 that supports the robust UK automotive sector, which is crucial as we move into a new political and technological arena.”