Coventry to get EV battery centre of excellence 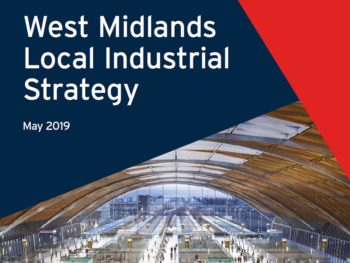 The £28m funding, being announced by Business Secretary Greg Clark today (16 May), will be used for the UK Battery Industrialisation Centre, which is under construction in the West Midlands to provide claimed world-leading testing facilities for new battery technologies ahead of ambitions for a Gigafactory in the UK.

Business Minister Andrew Stephenson said: “Driven by the potential of fast-paced development of battery technology, this investment puts the UK – amongst a handful of countries around the world – on the next step to meet the challenge by the future of mobility.

“Our investment of £28m in this new facility will support the UK’s world-leading automotive industry to compete internationally, attract further investment and establish supply chains for new electric vehicle battery design and development.”

The new funding, being made through the modern Industrial Strategy’s Challenge Fund, comes on top of an £80m initial investment in the Coventry-based centre and is being announced alongside the launch of the West Midlands Local Industrial Strategy, which sets out plans for the region to increase productivity – including how the West Midlands can harness the next developments in automotive technologies, such as electric vehicles and driverless cars.

As well as helping drive investment into electric vehicle manufacturing in the region, the West Midlands Local Industrial Strategy – the first in the country – outlines plans to deliver on the Future of Mobility Grand Challenge. As announced late last year, the region has become the first in the UK chosen as a Future Mobility Area, securing £20m government funding to explore mobility solutions including car sharing. Plans to help cut congestion on the region’s roads are now being pursued, including a mobility credits scheme to provide drivers with alternatives to private vehicles and enhancing public transport.

The Local Industrial Strategy also highlights advanced manufacturing, medical research and the creative and digital industries as distinct strengths of the West Midlands.

Business Secretary Greg Clark said: “Our modern Industrial Strategy aims to boost productivity across the country by backing businesses to create good jobs and increase earning power. This Local Industrial Strategy is tailored to the specific challenges in the West Midlands, and will set an example for other regions to follow.

“Our funding for the UK Battery Industrialisation Centre in Coventry is a key part of this, and will see a world-class facility developed in this automotive heartland, further cementing opportunities, growth and inward investment in the West Midlands.”

Previous: Cameras to enforce motorway red X signs from June
Next: Today in Fleet – Thursday 16 May