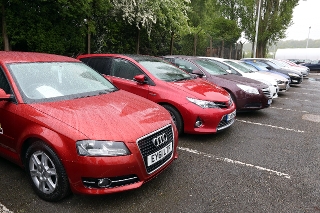 In its newly published predictions report for the fleet sector for 2015, the company, a provider of automotive data to vehicle manufacturers, retailers and the fleet industry, said that the regulations will impact on RVs in the mid to near term.

Chief executive of KeeResources, Denis Keenan said: “Current very high retail and trade values have been supported long-term by profits from finance paper at APR levels which are now deemed as unfair to the consumer. This will restrict the ability of the retail trade to be able to have next-to-no margin in the metal when it suits their marketing purposes.

“On the basic assumption that the retail asking prices, already at all-time high values, cannot realistically be raised higher, there will simply have to be more profit in the metal. The effects of this will largely be felt in the three-year-old stock and older, where penetrations of finance have clawed upwards gradually by dint of need.

“Younger vehicles have been generally well served by manufacturer captives, and some have already taken fairly aggressive APR-capping measures. This may cost them some volume if other finance sources don't tighten down fairly quickly the APRs they are willing to provide.

“As retail values have escalated in the times of short supply, and with a general easing of credit, finance houses have until now been willing to allow high APRs without too much concern. However, this will have to change to meet FCA requirements.

“Our opinion is that while large swathes of the retail motor industry have recognised the legislation, the activity to control APRs to genuinely FCA ‘fair’ levels indicates that no more than lip-service has been paid to it to date, and that, for some, it will take a while to convert their businesses out of an underlying dependency on finance profit.

“The short-term route will be to keep those finance sources, who haven't capped to any significant degree, sweet. This would see finance margins at current levels for as long as possible, and as the FCA is operating on a light-touch basis, at least initially, there is some time yet for a few to test the boundaries. Nonetheless, this will create some downward RV pressure for sure.

“Our opinion is that with the various timings for compliance going out some months, we will not see undue downward pressure until very late on in the year, if at all in 2015.The recent parliamentary attention on the ‘rent to own’ sector may also prove a distraction for the FCA, which may buy some extra time for those with a higher dependency on finance margin. Extra time is all, though; there is an inevitability that ‘acceptable’ financing behaviours will become the norm ongoing.”

A fully copy of KeeResource’s market predictions for the fleet sector 2015 is available for download from: http://www.keeresources.co.uk/uk-car-market-predictions-for-2014-into-2015/