UK car buyers may shift away from European car brands in favour of Japanese rivals as a result of the new EU-Japan trade deal. 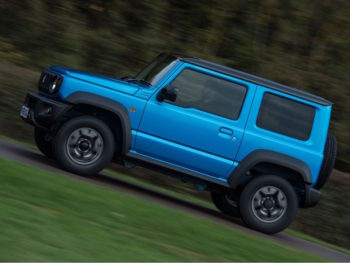 So says national accountancy firm UHY Hacker Young, which explains that the reduction of tariffs on imported Japanese cars gives Japanese manufacturers scope to cut prices, which could win them greater market share in the UK from European rivals.

Effective from today (1 February 2019), the EU-Japan trade deal cuts the current 10% tariff on Japanese cars imported into the EU to 9.2%. By its 13th year, EU import tariffs on cars manufactured in Japan will fall to zero.

While the UK will only benefit from the EU-Japan deal up until the UK’s planned exit from the EU on 29 March, the two countries have already agreed in principle to a replacement deal post-Brexit. This will be important as Japanese brands currently account for 17.1% of new cars sold in the UK.

Paul Daly, partner at UHY Hacker Young, said: “The EU-Japan trade deal is set to be a significant help for Japanese car sales in the UK – European manufacturers will be concerned that their market share could be impacted by reduced prices on Japanese imports.”

“The picture is complicated further by the fact that a no-deal Brexit could eventually lead to tariffs on European cars by the UK, further assisting Japanese manufacturers in competing on price and marketing spend.”

“If both the EU and Japan are granted 0% tariffs on UK imports, we may see greater price competition between European and Japanese brands, which would ultimately benefit consumers.”