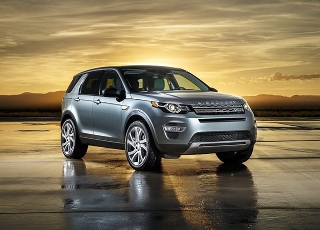 That’s the finding from Glass’s, which adds that the rest of its Hot Five of the fastest selling used cars for this month is dominated by budget family motoring brands.

In fact, the now-defunct Chevrolet brand and budget newcomer Dacia take all the other places in the Hot Five with two different family models each – the Sandero Stepway and Duster, and the Captiva and Orlando.

Rupert Pontin, Glass's head of valuations, said: "It's interesting that this month's Hot Five has one prestige and two budget manufacturers, perhaps underlining predictions that the market will move further and further away from the middle-market. It could be that Chevrolet's withdrawal from the UK market could prove to have been a little premature.

"Both the Dacia and Chevrolet models included represent strong value for money for the family customers who dominate the used car market over the summer months while the Discovery Sport is an excellent choice for those who have a little more money to spend. It is easy to see why all of these cars are popular.

"Also, this is the second month in succession that the Dacia Duster has made an appearance – so it will be interesting to see if it is also included in next month's Hot Five."

Commenting, Rupert Pontin, Glass's Head of Valuations, said: "The all-new and highly desirable Discovery Sport takes the top spot. These are few and far between and are moving very quickly at just 14.6 days to sale. The average age and low average mileage highlight the fact that those being sold are ex-demonstrators and ex-manufacturer staff cars."

"The Sandero Stepway is the first of two Dacia entries in the Hot Five and offers space and family appeal at a budget price. Looking at the age and mileage profile these could be ex-PCP cars returning to the market and they are great news for the retail customer."

"Chevrolet have taken the third and fourth spot with prime family models in the form of the Captiva crossover SUV and the Orlando MPV. Available in low volumes these offer great value for money. It is such a shame for the retail buyer that Chevrolet withdrew from the UK."

"The Dacia Duster completes the Hot Five and is appearing for the second successive month. Compared to the Captiva, retail buyers will get a newer, lower mileage car for the same money."