Government plans to increase the number of employees cycling to work will likely require forward planning by fleets to ensure they are managing inherent risks. 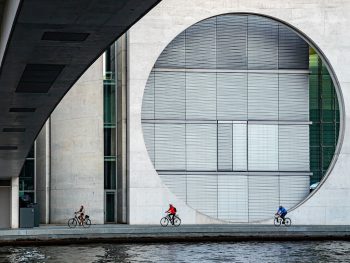 So says Licence Check as it highlights how the new approach could require careful planning by fleet decision-makers to fit the proposals within their fleet policies.

The Department for Transport (DfT) plan, announced at the end of July, sees the creation of  a new government inspectorate, Active Travel England, formed to oversee the spend of £2bn pledged earlier this year for active travel over the next five years.

The plan proposes that cycling and walking be moved to the heart of transport decision-making, with better accommodation for bikes on public transport networks, safer routes to stations and adequate cycle storage facilities.

There will be better cycling and walking infrastructure planning at all levels of local and national government to address climate change and air quality.

The proposals also include the creation of a ‘national e-bike programme’; perceived as the answer for people who need to travel in business clothes or travel slightly longer distances, particularly in major conurbations.

Safety considerations are also being addressed prominently, including by strengthening the law as well as providing appropriate training for adults and children. And vision standards for lorries will be extended, in line with ongoing work by Transport for London, together with new rules for sideguards to be fitted to heavy goods vehicles, helping to better protect cyclists.

To combat theft, the plan envisages a national system of numbering all bicycles and consolidating existing bike registers, with more bikes to be fitted with deterrents such as GPS tracking chips.

And GPs could prescribe cycling to people with poor health histories, with patients able to access bikes through their local surgery.

The plans have been seen as bringing some significant wins for road and cycling safety by related organisations. But they also raise some interesting issues for fleet decision-makers and may require more than just a cursory or passing thought, according to Terry Hiles, general manager at Licence Check.

Hiles said: “For example, should the company carry third-party insurance, or where cycles are numbered and registered with an employee or surgery, should they be included in a database in the same way as other vehicles used in the course of employment to meet duty of care obligations in terms of fitness and safety?

“If a cycle is company owned and fitted with a tracking chip, are there the same issues of privacy with ‘out of hours use’ as with cars that have telematics fitted?

“Where cycling has been prescribed on the NHS for an employee, could there be an obligation for the employer to support the rider in line with general employee health and welfare provisions? And if an e-bike is being used, the company may have to look at providing charge points for cyclists to use.

“With increased incidence of cycle lanes, temporary street closures and other traffic controls, we are likely to see more drivers receiving fines for driving offences linked to them.  Local authorities are much better resourced in this respect than the police.   In that case, companies may need to update fleet policy documents to consider fines of this type and what the consequences are for drivers who incur them,” he said.

“Of course, the cynic may point to the fact that the budget for the new five-year cycling plan is £2bn spread over more than 340 local authorities, while that for roads is around £27bn for the same period.  It is also fair to point out that cycling may not prove to be quite as attractive or practical when the traditional British winter weather arrives,” he added.