A new cross-party group has been formed to champion to raise awareness about the impact of air pollution and to promote practical solutions to poor air quality. 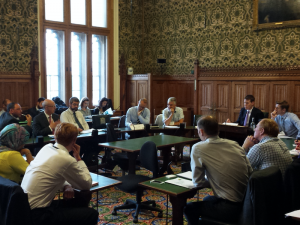 Chaired by Labour MP Matthew Pennycook, the group brings together Parliamentarians and industry experts and has now held its first meeting. This included talks from Professor Frank Kelly from Kings College London on health impacts of air pollution and from Alan Andrews from ClientEarth, on the legal and regulatory context post-Brexit.

Matthew Pennycook said: “Both the causes and the potential solutions to the UK’s air pollution crisis are complex, but that complexity cannot be an excuse for inaction. The APPG will play a vital role in ensuring that we encourage and support effective action to tackle the problem and to challenge government and other stakeholders to be more ambitious where needed.”