A new consultation that would enable local authorities in Scotland to take forwards Workplace Parking Levies has opened from Transport Scotland. 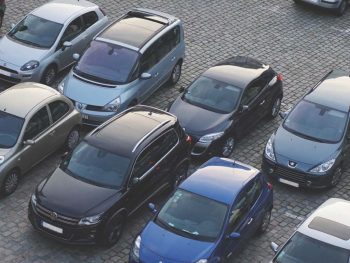 Transport Scotland says so-called Workplace Parking Licensing can help with work to tackle climate change by encouraging the use of more sustainable travel modes, but implementing WPL schemes can be contentious

The Transport (Scotland) Act 2019 introduced a discretionary power for local authorities to implement so-called Workplace Parking Licensing (WPL) schemes in Scotland, and the new consultation seeks views on the development of regulations and guidance that must be in place before local authorities can choose to set up a WPL scheme.

A WPL would see employers pay an annual levy to the council for every parking space they provide for employees – with the charges potentially then being passed onto employees. The expectation is that this would reduce car use, supported by the fact that the revenue raised would be used to support the local transport strategy, for example to encourage walking, cycling and public transport. A carrot-and-stick approach in effect.

Although there is still only one WPL already in place in the UK – the Nottingham scheme that went live in 2012 – such schemes continue to come under focus from local authorities. Greater Manchester recently rejected such a move after mooting it as part of air pollution plans. But local authorities including Birmingham, Oxford and Reading have also explored it, while Leicester also announced plans to explore a levy in 2019.

However, implementing a WPL can be rather contentious. The Nottingham scheme itself has been branded as a ‘stealth tax’ by some businesses. And while a report by the Local Government Association (LGA) four years ago said councils should be able to implement schemes such as workplace charging levies to cut congestion, AA spokesman Luke Bosdet told Fleet World that workplace parking levies are a “tax on work”.

Transport Scotland said its consultation on WPL provides an opportunity for stakeholders and the general public to offer their views on the key aspects of regulations and guidance that will derive from the Transport (Scotland) Act 2019. However, local authorities will still need to undertake their own consultation and impact assessments before deciding whether to implement such a scheme and how it should be designed and operate in their area.

Minister for Transport Graeme Day said: “It has never been more important to take decisive action to tackle climate change – and Scotland is leading the way by committing to reduce the number of kilometres travelled by car by 20% by 2030.

“Workplace parking licensing has the potential to be a key tool for local authorities to help us reach this ambitious goal, by encouraging the use of more sustainable travel modes, reducing congestion and tackling harmful emissions.”

Friends of the Earth Scotland’s air pollution campaigner, Gavin Thomson added: “Councils badly need a range of measures to change our car-dominated transport system, and workplace parking levies have a track record of bringing much needed investment to transport infrastructure, and creating healthier places to live and work.

“Transport is the biggest cause of climate emissions in Scotland. We have very challenging climate commitments that need to be met by 2030, both Scotland wide and in Glasgow and Edinburgh specifically. This levy helps us start making the necessary changes to the way we move around, while also being an important tool for councils to address the inequality of our current transport system.”

The Transport Scotland WPL consultation on regulations and guidance will close on 6 September 2021.