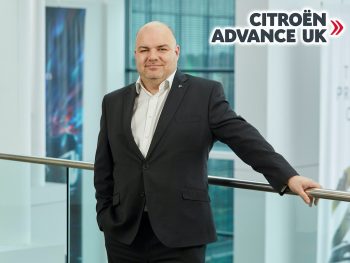 Unveiled by Eurig Druce, Citroën UK’s managing director, the strategy complements the brand’s new product offensive, with 11 new model derivatives launching over 16 months, and will shift to a ‘Fair Pricing’ approach, reducing list prices across the entire model line-up as “large discounts and the requirement for haggling are no longer part of the plan”. Examples include the C3 Aircross compact SUV, which will be priced downwards by £1,775 from 1 December.

Druce elaborated: “This is a plan to realign our pricing here in the UK. So fair pricing is an opportunity to bring the gap between the traditional list price and the actual transaction price back down and be nearer the reality of what a customer would pay.”

He added: “This is not a short-term tactical option on pricing. On the contrary, it’s a fundamental change to the way we do in the business in the UK, inspired by our customers, who want transparency, fair pricing and with these changes, we deliver exactly that.”

Druce said this would bring smaller discounts to fleets and leasing companies but the overall benefits were many and varied.

“We very much hope to see broad improvement and growth in volumes of course as a result of the move to fair pricing. Of course, in bringing the list price down, it will mean a reduction in the level of discounts we offer to our customers. But the real advantage here in taking this approach is that the cost of entry for the vehicle is lower in terms of investment, the residual value is stronger and of course the Benefit-in-Kind payable on the P11D is lower for the driver is lower. So it’s a win-win-win in terms of a fleet proposition.”

The new pricing approach is accompanied by a move to a new range structure and naming convention on the brand’s most popular models, including the C3, C3 Aircross and C5 Across, to differentiate from before. Entry-level versions will be named ‘Live’, moving up to ‘Sense’ and ‘Shine’. Intermediate ‘Sense Plus’ and ‘Shine Plus’ trim levels will be introduced on selected models.

Citroën is also introducing a new ‘C-Series’ line-up of models, complementing the existing range and developed solely for online retail buyers unable to haggle down in store. These are augmented with extra equipment, “a competitive fair price well below that of key competitors” and a five-year extended warranty, instead of the usual three years.

These models draw on the recently launched Citroën Store and Virtual Showroom online services – Druce admitted that the brand had been behind in its online sales offering at the start of the pandemic, but said it had caught up fast, developing and deploying online tools that might normally have taken 18-24 months but in under six months.

But Druce said Citroën would also equip its dealers to be able to provide the extended warranty in the showrooms as part of its focus on ‘bricks and clicks’ in order to “meet the customer where they want to be”.

The central point of all of this is the brand’s renewed attention on residual values; Citroën says its focus on RVs is “now meticulous” and its plan sees the end to short-term ‘fast churn’ business, whilst also limiting its mix of direct sales to rental companies. Such initiatives have already brought success with the new C4 and ë-C4 models, which are among the best in segment for forecast percentage RV; the C4 alone has rise by 12 percentage points in three years. And the new initiatives, including the ‘fair pricing’, will strengthen this further over time for new models.

Eurig Druce commented: “Our Advance UK strategy represents the next step as we continue to strengthen the Citroën brand in the UK, Citroën is a great French brand ‘Inspired by You’, which means we always strive to speak your language. At the heart of our Advance UK strategy are fundamental, long-lasting changes to the way we do business to serve our customers better, it is the strategy our business needs today, to thrive tomorrow.”