The UK new car market fell 5.7% to 2.54 million in 2017 while average new car CO2 figures rose for the first time in two decades as drivers switched away from diesel. 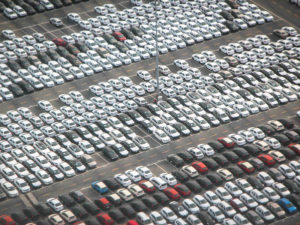 The figures from the Society of Motor Manufacturers and Traders (SMMT) show fleet registrations fared slightly better than the overall market with a drop of 4.5% for the year while sub-25 registrations saw the biggest decline, ending 2017 down 7.8%. Demand from private motorists fell 6.8%.

The drop in annual registrations followed the ninth consecutive month of decline in the overall market, with December figures down 14.4%. This came on the back of a drop of 11.7% in the fleet sector; however, as with the full-year figures, it was business registrations that saw the biggest fall at 35.3%. Private registrations declined 15.9%.

Along with overall registrations, diesel figures were also down for the ninth consecutive month; claimed to be the result of ongoing ‘diesel demonisation’. For the full year, the diesel market fell 17.1% while December’s decline of 31.1% was the highest for the year and followed the Autumn Budget announcement of changes to diesel taxation after months of speculation – despite many in the industry having highlighted that diesel cars still remain the right choice for many motorists, including long-distance fleet drivers. 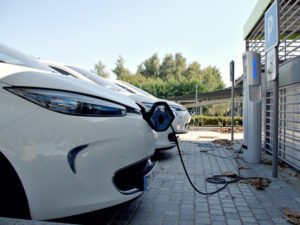 In contrast, demand for petrol cars was up by 2.7% over the year while the alternatively fuelled vehicle market grew 34.8%, accounting for one in every 20 vehicles registered. Within that, hybrid sales grew 40.0% year on year to 72,523 units, while plug-ins (including hydrogen fuel cell models) accounted for 47,263 units (+27.4% on 2016) with almost three quarters taken by plug-in hybrids.

Despite the growth of the plug-in market, waning take-up of diesels contributed to UK average new car CO2 figures for 2017 rising for the first time in two decades, with new cars averaging 121.04g/km, up 0.8% on 2016. In 2016 UK new car CO2 emissions had fallen for the 19th consecutive year and 2017 marks the first year that the figure has risen since records began.

The rise follows months of warnings that an ‘anti-diesel agenda’ would hinder progress on CO2 – as reported this week, PSA Group had highlighted to Fleet World how government policy was creating a “CO2 problem”.

Commenting on the latest CO2 figures, the SMMT said that diesel cars typically emit on average 20% less CO2 than the equivalent performance of a petrol-engined vehicle and added that diesel-powered D-segment family vehicles, SUVs and executive cars save drivers an average of between £300 and £400 a year on their fuel bills. Across all body types, the average is £132 a year.

Despite the overall decline in the new car market – generally attributed to VED changes as well as falling business and consumer confidence ahead of Brexit and diesel demonisation –the SMMT noted that registrations were at their third highest level this decade, including the all-time high figure reported for March while the market is still the second biggest in the EU, behind Germany. 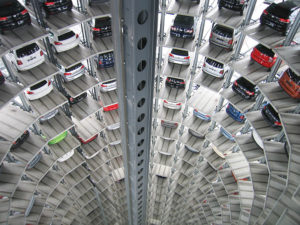 However, there were some big falls among the fleet manufacturers, with Ford down 9.7% while Vauxhall fell 22.2%. And elsewhere within the PSA Group, Citroen was down 18.3%, Peugeot down 16.6% and DS fell 42.9%. Registrations at Volkswagen and Skoda were broadly stable while Audi was down 1.3% and SEAT rose 18.3%.

Looking ahead, Mike Hawes, SMMT chief executive, said: “2017 has undoubtedly been a very volatile year and the lacklustre economic growth means that we expect a further weakening in the market for 2018. The upside for consumers, however, is some very, very competitive deals.”