The average price of a new car has risen 38% over the last decade as a result of more luxury-focused specifications as well as the customer migration to SUVs. 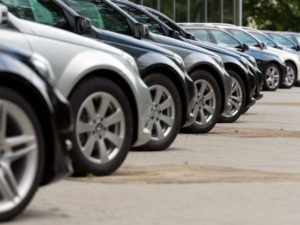 However, managing consultant Matthew Freeman acknowledged that cars sold today come with more technology and argued that the increased cost is not always reflected in the price rise, as carmakers compete for market share.

Instead Freeman said the rise was down to the changing structure of the marketplace as more drivers switch to new segments of models, in particular SUVs, which are usually more expensive than the equivalent saloon.

The expansion of diesel ranges has also driven up the average price of a new vehicle as diesels are around £1,000 more expensive than the equivalent power petrol version.

Freeman also noted that the rise of PCP has also shifted focus from the entry price to the monthly repayment while adding that many brands have moved to offer a more luxurious specification mix and eliminated their entry-level specifications.

“This is partly a response to PCP making cars more affordable, and consumers moving up to more expensive models. It’s also worth noting that those base models were not especially desirable in the used market, and had poor resale value,” he added.