A new breathalyser has launched ahead of the Christmas drink-drive crackdown, bringing claimed high levels of accuracy and reliability with a low price. 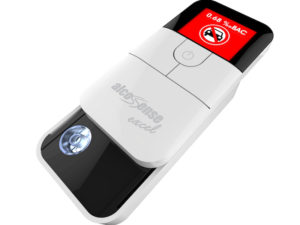 The new AlcoSense Excel is said to be the first breathalyser under £100 to use a smaller version (64mm2) of exactly the same sensor used in several UK police-approved breathalysers (200mm2).

In addition to giving detailed readings to two decimal places in either blood (‰BAC) or breath (mg/L) alcohol concentrations, the new AlcoSense Excel alerts drivers when they are close to or over the set limit. It can also be set to different limits, for example for drivers travelling between Scotland and England where different limits apply.

It is also billed as the first breathalyser at this price to feature a full colour screen and intuitive graphic user interface, giving on-screen prompts and tips as well as re-calibration alerts and overload protection.

The new AlcoSense Excel is priced £99.99 online from mid-November at alcosense.co.uk and in-store and online at halfords.com from end-November.