National Windscreens has expanded its training school network further, with the opening of a new training centre in Peterborough. 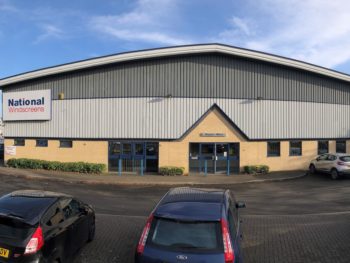 The training centre, which forms part of the current 13,000 sq ft purpose-designed fitting centre in Peterborough, is kitted out with three car bays, with a further three scheduled to be installed later this year.

The investment is seen as critical to supporting growth plans in the East of England, where new trainees have been recruited and 17 new fitting and repair vehicles have been commissioned in recent months. The centre will be used to train technicians who have just joined National Windscreens, and also to ensure existing technicians are kept up to date with ongoing training requirements.

Nick Ward, regional operations director at National Windscreens, said: “The investment in the training centre is already proving very valuable and later this year we’ll be expanding yet again, so that we can accommodate even more technicians at one time.”

Previous: Smart platform to more than halve the cost of charging
Next: Technology alone not a solution for poor driving, says IAM RoadSmart